About 4000 staff from Inland Revenue and the Ministry of Business, Innovation and Employment (MBIE) took to the streets today around the country to call for pay increases. Rallies were held in nine cities throughout the country, while in some areas, staff chose to ditch their office desk to volunteer instead.

In Auckland about 100 staff converged on the busy intersection at Queen and Victoria Streets, waving placards and calling for better pay.

"It's fair enough if that's the starting salary, but it's not.

"Some of them have actually been with the department for a very long time and they're still getting a very low income.

"So it's really just wanting to make sure that their salary goes up in order to meet the rising cost of everyday living."

"So at MBIE there's talks again on Wednesday, so we are hopeful that things can progress."

In Nelson, PSA members opted to turn their strike action into community work, planting trees and shrubs at Tahunanui Beach. 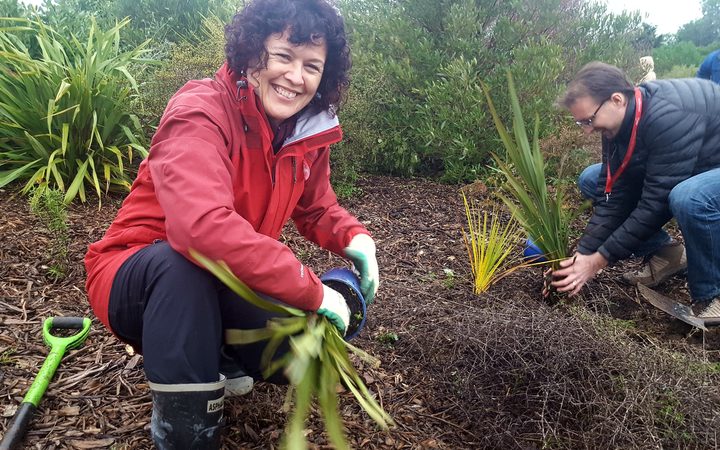 "We've changed our plans today to come in and do some tree planting or shrub planting in the local area down at Tahunanui beach, so it's still in the same vicinity."

Richard Wilson, a compliance officer with Immigration NZ in Nelson, was among those who turned out in the rain.

"Very rarely do we get opportunities as public servants to give back to the community so we just thought this might be a good way of showing the public that yes, we are out on strike, but we actually want to do something constructive as well."

Mr Wilson had been with the department 14 years and said it was not the first time they had taken industrial action.

All of MBIE's collective employment agreement negotiations has led to industrial action.

"Which is a real shame because I work for an employer that, you know, in general tries to be a good employer," Mr Wilson said.

In Wellington, Rachel Felgate, who is part of MBIE's Research and Evaluation team, said the agency expected staff to do extra work but wasn't willing to pay for it. 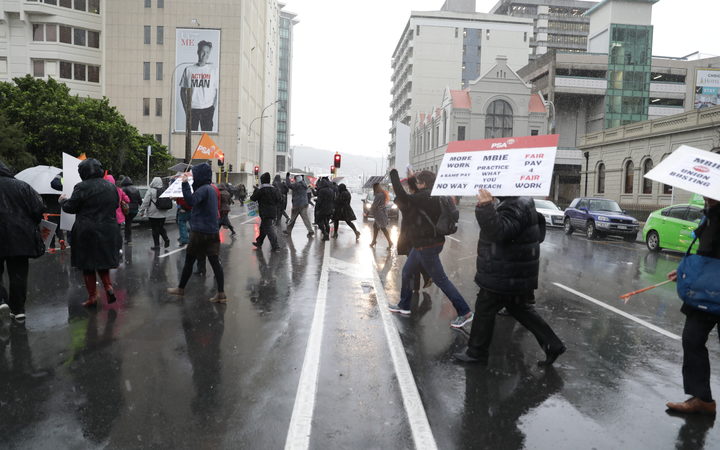 "Basically they're asking us to work for free.

"We have put to MBIE what we think is a fair deal, to keep our pay up and MBIE have turned round and basically said no."

No one would reveal what the pay offer was but the union described the increases it was requesting as "modest".

A second two-hour long strike is set for 23 July.