A mission off New Zealand's coast has broken new-ground - literally - with scientists going where none have gone before. 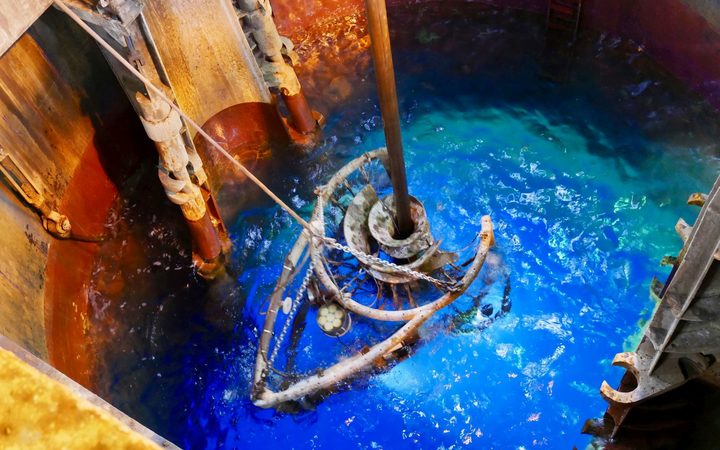 Scientists managed to managed to recover more than 200m of volcanic core on a groundbreaking mission. Photo: Supplied/Andrew Martin

Geologists on a trip to the Kermadec Arc - 400km northeast of White Island - have managed to drill into the heart of an underwater volcano, more than 1600m below the surface, and extract samples.

The Joides Resolution returned to Auckland this week and chief scientist Cornel De Ronde has been welcoming people aboard to share the expedition's success.

It was very rare to be able to drill through any volcano, let alone one so deep in the ocean, he said.

"We were very lucky that this international consortium thought that this was a pretty good idea, all based on science," Mr De Ronde said.

"It was five years in the making and $20 million in the costs."

The scientists spent two months drilling into Brothers, a massive underwater volcano which is about three times the size of White island. 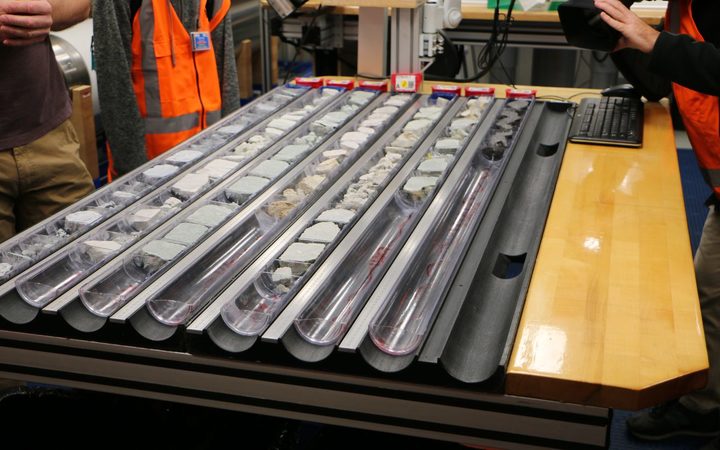 Samples of volcanic rock taken by scientists who went on a mission to Kermadec Arc Photo: RNZ

The oval shaped volcano is 13km-long and 8km-wide.

Mr De Ronde said scientists knew more about the dark side of the moon than they did about the ocean floor, but information from the Brothers would help answer some key questions.

"How are metals transported through volcanoes ... what metals are there, how did they get there and where are they going?

Scientist Tobias Hofig said at one point they struck rock so hard and hot fluids so acidic that some of their drilling equipment was destroyed.

However, they still managed to recover more than 200m of volcanic core.

The trip was funded by a consortium of 23 countries that make up the International Ocean Discovery Programme, with the United States being the main funder.

Mr de Ronde said the expedition had been a career highlight.

"It was spectacularly successful. The technology used enabled us to do what we did.

"Once you get a bunch of people together with a common goal it's amazing what you can achieve."

Scientists will now spend the next year poring over the samples to help unearth more secrets around how and why submarine volcanoes work.