Scientists say a large lahar from Mount Ruapehu is inevitable, but could it again reach Desert Road, as it did around 450 years ago? 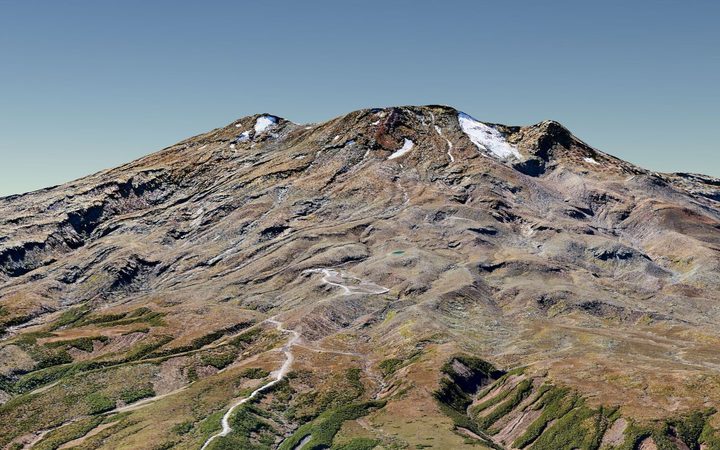 A digital terrain model of Mt Ruapehu made from aerial photos. Photo: Supplied

Lahars are made up of mud and debris which flow down from an active volcano.

The last at Mount Ruapehu was in 2007, after rising water in the crater lake put pressure on the rim.

The most infamous was in 1953, causing the Tangiwai railway disaster, where 151 people died.

But, as recent lahars have changed the landscape, scientists are trying to discover what it would take for a big one to hit.

Mr Watson said there are still unanswered questions around what would happen in the event of a lahar.

"Unfortunately Mount Ruapehu has a tendency to not give us a lot of warning, realistically both events could go off without us knowing a lot about them before them," he said. 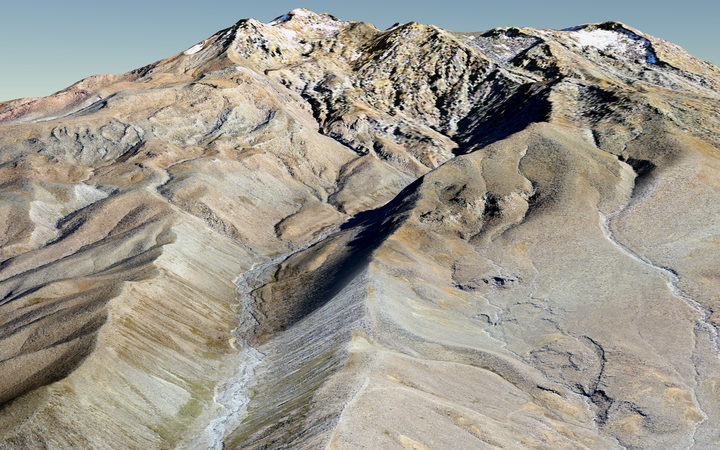 University of Canterbury's Lauren Schaefer is one researcher investigating what would cause a big lahar.

"One of the focuses for this research was to investigate the current conditions of the crater rim, to determine what, if anything, could trigger a crater rim collapse or lahar outside of an eruption," she said.

Lauren Schaefer said one of the questions they're looking to answer is whether an earthquake could cause the southern part of the rim to collapse.

"What we did is we used computer simulations to measure the stability of the rim in its current state and how it would respond during large earthquakes, and we found in it's current state, without external triggers, the likelihood is very low.

"However, if there were very strong motions from a large magnitude earthquake, this significantly increases the risk of a collapse."

She said the next step is to map the volcano in 3D to see what the volcano is made of, to see if this will mean the rim is stronger or weaker than current estimates.

Department of Conservation science advisor, Harry Keys said they asked the university to do the research, after there was significant erosion from the 1995 eruption.

He said the information could be used by the Central Plateau Volcanic Advisory Group, which is responsible for co-ordinating the response during a lahar.

However, he insisted there is no reason for people to be worried, it's just good to be informed.

"This is an event, which effects the Whangaehu Valley and real big ones might affect the desert road or Tongariro River, but the last time that happened was 450 years ago.

He said the Tangiwai memorial area is an area where you do need to be careful.

"But people shouldn't stop going to Tangiwai because of this."

The researchers will be back in the field in December once the snow has thawed, where it's hoped they'll be able to uncover more of the volcano's secrets.