A Coromandel man whose herd of pigs have become a roadside tourist attraction is living under virtual house arrest in order to protect his pets from theft and torture. 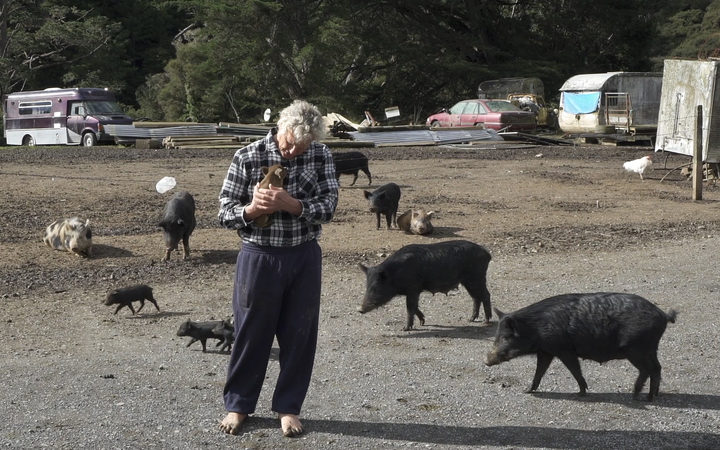 Stu Edmondson, who lives on a rural property along the winding, gravel 309 Road between Whitianga and Coromandel town, has looked after about 100 pigs since 2005.

Or watch a short documentary about Stu and the pigs over at The Wireless.

The friendly herd of domesticated wild pigs have become one the area's best-known tourist spots, with people stopping constantly to look at them.

While most people are happy to take photos, or pat and hold the pigs, Mr Edmondson has had to contend with a growing number of people who either steal the pigs or hurt them.

"You hear somebody stop at night and you've gotta sprint out there because they're stopping to grab a pig," Mr Edmondson said.

"The ones that run them over, it's too late anyway. There's a guy here [who] hates the pigs apparently - if anything is on the road or just outside the fence, he'll drive over just to smash them up."

Mr Edmondson's friend Mock Johnson said the problem had got so bad that Mr Edmondson was afraid to leave the property.

"He can't go to town … because while he's away, the ones who want the pigs see him in town and they come out and take the pigs," Mr Johnson said.

"That's how it's been working for years. He's virtually condemned to living out here so he can guard his pigs." 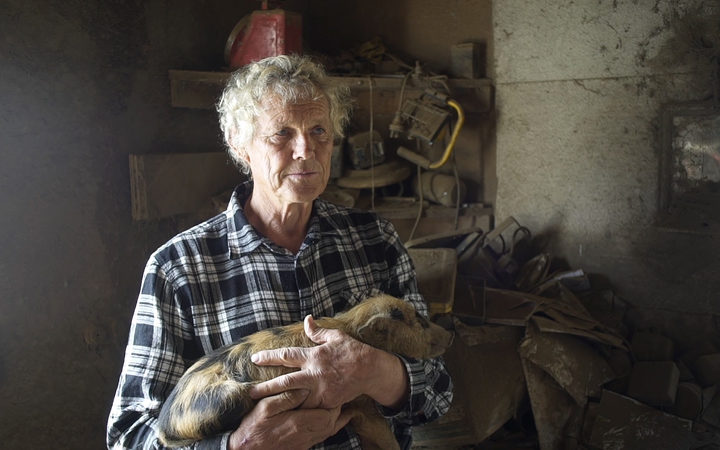 Mr Edmonson has looked after the pigs as pets since about 2005 Photo: Supplied: Amy Taylor / James Muir

The pigs were very social animals and did not do any harm, Mr Edmonson said.

"It really upsets me when they run them over on purpose, grab them, stick a knife in them, shoot them with a crossbow - really cruel deaths."

It was "a waste of time" complaining to police, he said.

"They won't get anything - they don't even record it."

Sergeant Andrew Morrison said it was "unfortunate" that some of the free-ranging pigs had been hit by vehicles.

"There is now more signage and police would advise all drivers to slow down and drive to the conditions," Mr Morrison said.

As for thefts, "semi-wild" was an accurate description of the pigs, he said.

"Once the pigs have returned into the bush or away from Mr Edmonson's property they are hard to distinguish from any other pigs within Coromandel forests."

However, both Mr Edmondson and the pigs were well-known in the area, Mr Morrison said.

"I would think that most pig hunters would not be targeting them."