Residents of a small community on Auckland's west coast are inching closer to a formal emergency plan after suffering severe floods and major power outages. 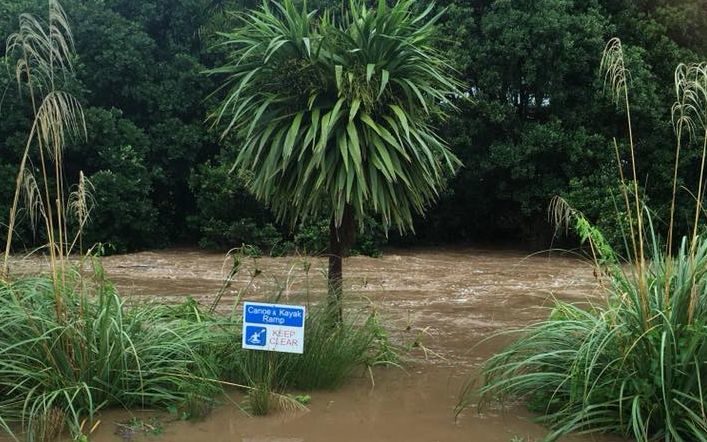 The Piha residents on Glenesk Road faced a major clean up after the floods damaged properties and closed roads in April, while others were without power for eight days just weeks before.

Waitākere Ranges Local Board organised a meeting between civil defence and key leaders in the community in Piha on Sunday.

Its civil defence leader, Steve Tollestrup, said around 70 residents met with key stakeholders including lines company Vector, fire and emergency and the council.

The draft emergency plan will decide how to manage future outages and mitigate flooding, and the board wants the community to be involved in the process and implementation of the plan, Mr Tollestrup said.

"Gone are the days where civil defence fly in as the 'great rescuer', he said.

"Their role is about coordinating services but really helping to encourage communities.

"Once the community has looked at it, contributed to it and agreed to sign it off, then and only then will we say it's complete."

"You can't dial 111, you can't look on the internet, you can't call your neighbour, there's no contact at all," he said.

The board seemed committed to including the community in its decision-making, Mr Culvert said.

"They're really the ones in the know about what's happening and what's changing," he said.

The draft plan will be released for community consultation in late July.