More than 1000 Auckland houses are still without power as heavy rain and wind intensifies around the region. 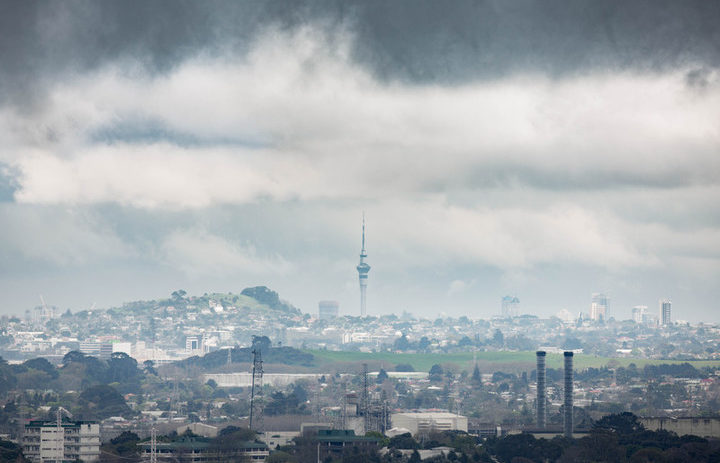 MetService has issued a severe weather warning for most of the country, with Northland, Coromandel, Bay of Plenty, Nelson, Westland and Canterbury set to get the same heavy weather lashing Auckland.

Lines company Vector said about 2000 properties in Auckland had had power cut after rain and wind brought down power lines.

Of those, 1100 were still waiting for power to be restored.

Up to 80mm was forecast for the city today, with peak intensities of 35mm an hour.

The wind strength in Auckland was also growing, with gusts of more than 90kmh recorded on the Harbour Bridge, with average wind speeds of 65kmh.

Piha resident Miki Thompson said the river running alongside her Glenesk Road property had burst its banks and the road's residents had been cut off by the flooding.

"My husband's just tried to get down to the store and he managed to get [there] but they've now closed the road completely because it's underwater and it's gone over the bridge," she said.

"It's now flooding onto the campground, so he's stuck on that side of the bridge and he can't get home to me."

Police said Mountain Road in the Waitakere Ranges was also completely blocked by a fallen tree.

The latest power cut comes only a fortnight after a storm knocked power out to 180,000 homes in the region.

In some cases, people spent up to 10 days without power before it was finally restored.

The forecast winds, which could reach 120kmh, would be coming from the opposite direction of the earlier storm, Vector said.

That could loosen or break already damaged branches and trees.

Windy weather in Waikato has also blown off half the roof of a three-storey building at Te Aroha racecourse.

Fire and Emergency said there had been more than 50 callouts for weather-related events today and they were still coming in.

Police said the pair left the island after a fishing contest and were reported as overdue just before midday today.

The maritime unit was continuing to search for the boat.

In Coromandel and Bay of Plenty up to 150mm of rain could accumulate between this afternoon and Sunday morning, while similar amounts were forecast for Nelson and the West Coast.