Plastics that were once able to be recycled are now heading straight to New Zealand landfills as China's waste import ban starts to bite. 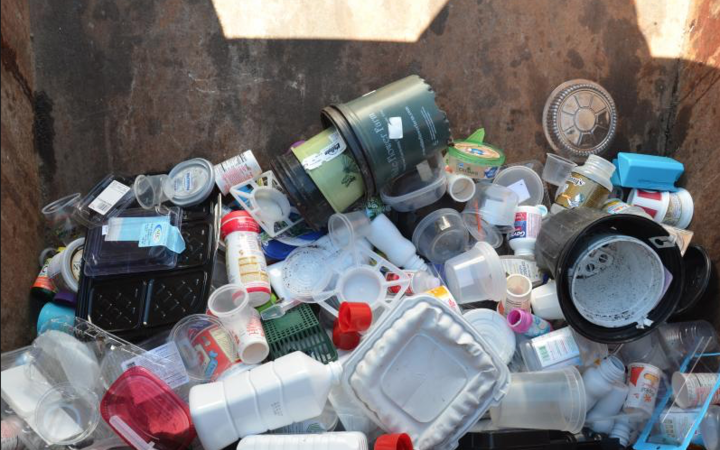 China stopped accepting 24 different types of waste at the start of this year because it said contaminants were polluting its environment.

Recyclers here have been scrambling to find new markets for the waste - many say it's not worth the cost of sending them to other overseas markets and large stockpiles have been mounting.

Others have had to stop accepting some types of plastic altogether, as they have nowhere to put it.

The Auckland University of Technology is this week telling staff and students not to put plastics graded 3 to 7 into its recycling bins.

AUT spokeswoman Alison Sykora said while cans, bottles and some plastics were still accepted, the rest - such as yoghurt pottles or coffee lids - was now rubbish.

"Our recycling suppliers have told us that plastics which could previously be recycled now have to go to landfill and we have to separate them so that the waste is not contaminated."

She said the university could face fines of up to $6000 from its recyclers if the wrong plastics were mixed up with the right ones.

WasteMINZ chief executive Paul Evans said while plastic in grades 1 and 2 could be recycled in New Zealand, grades 3 to 7 were much harder to deal with.

"Manufacturers have continued to pump those out over the years, despite the fact that there aren't viable or economic markets available for those, and this has really been exacerbated by the moves in China."

"Obviously it's really unfortunate circumstance right now but it's a lesson to us that we can't actually just ship our problems to another country, we need to think about this in a joined up way, take a long-term view and to build that local processing capacity."

The associate environment Minister Eugenie Sage said it was likely more New Zealand recyclers would be refusing some waste types.

"It's not unexpected because of the restrictions China has put in place."

She said increasing the costs for dumping waste at landfills could be one way of tackling the problem.

"The levies were reviewed last year and one of the recommendations was to extend their application and to increase them, both to provide an incentive to divert material from landfill and also to help fund waste minimisations."

Ms Sage said it was too early to say when the levies may increase, but announcements on other plans to help manage New Zealand's mounting waste were likely over the next few months.