Forestry Minister Shane Jones says he understands the anguish of farmers in the Gisborne region whose land has been damaged by flood-borne logging debris. 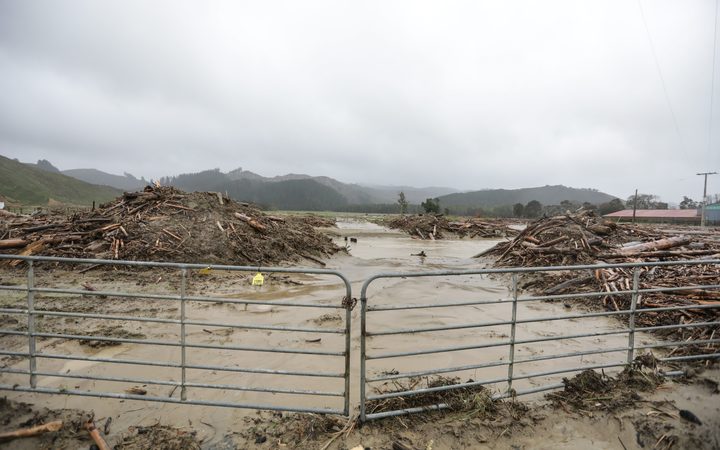 Mr Jones said he had appointed a panel of forestry experts to advise him, and until then was in no position to apportion any blame for the situation.

Slash - or offcuts from forestry harvesting - washed down from forestry plots and blocked rivers and damaged farms in two bouts of heavy rain in the region.

Bridget Parker said her farm had suffered at least $600,000 of damage, but at a meeting with forestry companies on Monday night it was clear they didn't think they are responsible.

Mr Weir said traps designed to catch the slash were "overwhelmed and ripped out".

But he does expect changes in triggered in the wake of the damage. 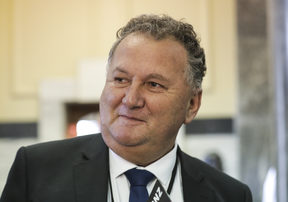 "I believe this is a Berlin-wall-comes-down moment ... there will probably be significant changes."

Mr Weir said the wood that swept down in the storm was from trees harvested five years ago, and new rules for harvesting have since come into effect.

Mr Jones said much of the East Coast terrain where logs have been washed down is highly susceptible to erosion.

He said he understood the anger and deep economic fears of landowners.

He said some landowners wanted parts of the area turned into permanent forest to make it less prone to flooding.

Dozens of roads in the Gisborne region were closed, and power was cut as stormy weather hit the East Coast yesterday, and gales struck the central North Island.

Minister of Civil Defence Kris Faafoi, who was in the region yesterday to see the damage, said the the clean up of farms could take months.

He said many farmers have reported heavy stock losses along with serious damage to fences, paddocks and equipment. 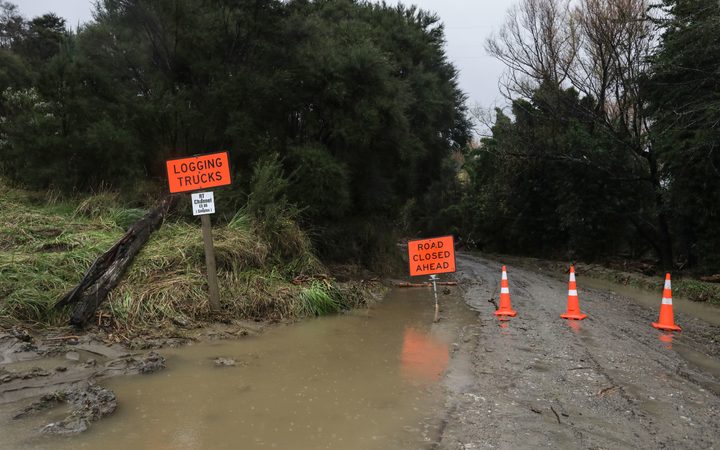 Hundreds of houses in the Gisborne region spent the night without electricity, and the Eastland Network power company says about 660 properties will be reconnected today.

State Highway 5 between Napier and Taupo remains closed because of slips and it's not yet clear how long it will take to reopen, New Zealand Transport Authority's Neil Walker said.

The Hastings to Taihape inland road is also closed. SH35 north of Gisborne, between Tokomaru Bay and Ruatoria had some weather damage, and trucks aren't being allowed through, while SH2 from Gisborne to Opotiki is open.

Heavy rain warnings are in place today for the Central Plateau, Wairarapa and the Kaikoura Ranges.