A controversial audit that found fault with New Zealand building controls after the fatal Grenfell Tower fire is ringing alarm bells across the Tasman. 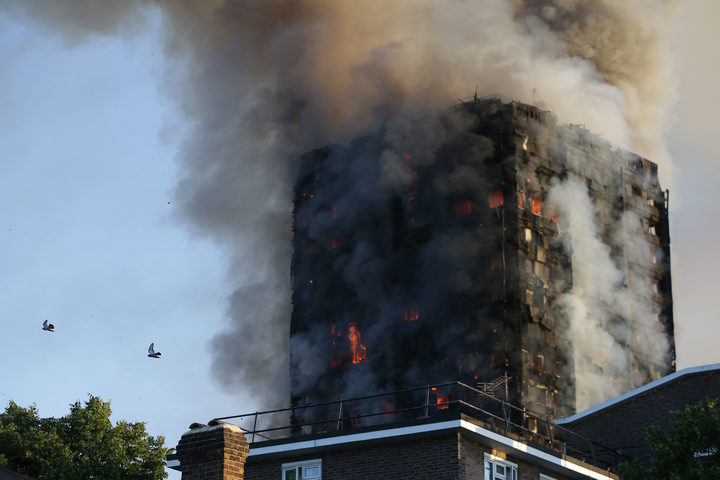 One of Australia's top fire engineers says the response to the audit raises "great doubts" about the way semi-combustible cladding for high-rises is being approved.

The audit found the CodeMark certificates for most types of aluminium composite panels in New Zealand were inadequate and advised they be suspended.

The audit faulted some certificates for allowing semi-combustible panels to be put on top of combustible materials; tests have shown this type of wall design can spread flames up a building.

But government officials sought a second opinion on the audit and, six months on, are still discussing what to do about it.

"There appears to be a significant delay between when a questionable CodeMark certificate is identified and when government takes actions," said Jonathan Barnett, who is a Melbourne-based, world authority on how fires spread.

"The concerns ... raise great doubts about the use of some CodeMark products."

Dr Barnett declined to be interviewed but [https://www.linkedin.com/pulse/brief-thoughts-codemark-acp-jonathan-barnett/

A CodeMark certificate asserts what a building product can be safely used for. The building industry likes the certificates because local councils cannot challenge them.

But the panel's audit raised the question of 'what if the supporting evidence behind the certificate was inadequate?'

When Australia went looking in 2012, it found its CodeMark scheme was not up to scratch.

"It raised some serious concerns about the quality and standard of some of the certificates that were being issued," Neil Savery who heads the Australian Building Codes Board said.

"One of the very significant concerns was that a certificate might make certain claims and then, not on the front page, there would be exemptions that would almost nullify the confidence you could have in the initial claim that was being made."

Australia is now in the last three months of a six-year overhaul of CodeMark; New Zealand, by contrast, has barely begun to look at its version.

Jonathan Barnett faults the technical basis of some CodeMark certificates, for instance, ones that rely on old fire testing methods that use temperatures too low to realistically gauge an aluminium panel's combustibility.

"The CodeMark system can be misused as doing it right is challenging when the certificates are written with little or no peer review," Dr Barnett said.

"As a result, the system is seriously flawed."

Other critics have said that no one was holding CodeMark's authorised certifiers to account if they issued poor quality certificates.

All four of Australia's certifiers have had to reapply under the overhaul, to keep operating.

The advice of the audit into aluminium composite panels has not been acted on in New Zealand, but Australia has not responded either.

There, the three auditors, including Tony Enright who did the New Zealand audit, recommended that some panel certificates be withdrawn entirely.

Neil Savery defended the time it was taking the CodeMark scheme's administrator, Jas-Anz, to consider this.

"It might give the appearance that it's slow but you also have to balance that with the absolute need to ensure procedural fairness," Mr Savery said.

"I do, however, wish to point out that in Australia we've gone through a fairly significant review of the entire CodeMark process, and irrespective of the audit of cladding certificates, we're implementing some fairly thorough changes."

In addition, some states are taking unilateral action which may pre-empt any impact from the panels audit: Take New South Wales, which is looking at banning some types of aluminium composite panel entirely under a new law aimed at eliminating unsafe building products; Victoria too is moving to limit the use of any panel that has more than 30 percent of polyethylene in it.

Action was needed, Dr Barnett said in his online post.

"The problem is that specific CodeMark products have been reviewed by Dr Enright, and to the public's eye, nothing has been done to rectify Dr Enright's concerns ... I have seen CodeMark certificates that I have little confidence in, I have given public talks about some of the issues and I can only hope engineers are careful to avoid mis-use."

RNZ has asked the Ministry of Business, Innovation and Employment for an update on its review of CodeMark in New Zealand; and to release the second opinion it sought of the aluminium panels review, but so far it hasn't.