From today, some products containing microbead plastics will be banned from sale, but some experts are warning this won't even begin to curb the tide of microplastics entering our oceans. 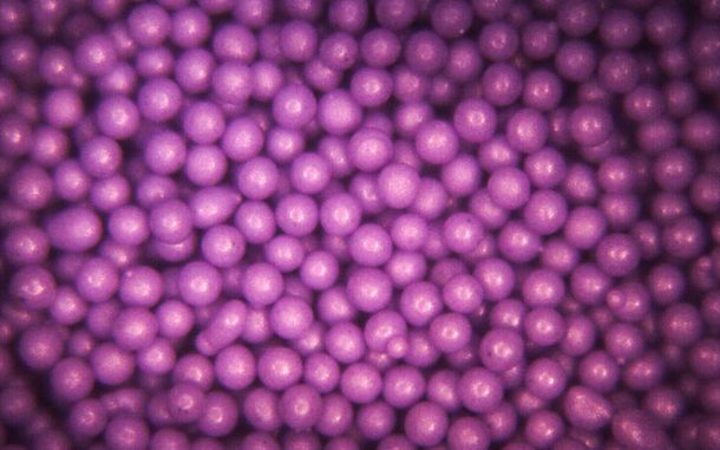 Microplastics are small plastic pieces smaller than millimetres in diameter.

There are two types: those manufactured such as microbeads and those formed from the breakdown of larger plastic products.

The government announced the ban in March, with the Environmental Protection Authority (EPA) responsible for the new rules.

"They include facial and body scrubs and exfoliators, some toothpaste, heavy duty soaps and glitter-type body baths," she said.

However, Ms Thomson-Carter said not all microbeads would be banned.

"We can only go so far because we have some trade agreements with trading partners, such as Australia, where we can't ban a product which has been manufactured and imported into Australia.

"However, they are working on voluntarily phasing out microbeads," she said.

She said some manufacturers had already been taking microbeads out of the products for years, so the ban would help with the good work that was already taking place.

"This ban will help give the public some reassurance we are taking action to mitigate those adverse affects," she said.

However, Sally Gaw, a senior lecturer at Canterbury University's chemistry department, said the move would not do much for the marine environment.

"Removing the microbeads themselves is only going to be remove a very small amount of the microplastics entering our oceans, but it does make people think about their relationship to plastic," Dr Gaw said.

It would be great if the ban was the holy grail to solve the problem, she said, but it would not be that simple.

"Most microplastics they actually come from the break down of bigger plastics - so that's broken down in the ocean, in the beaches, or roads when they come off our tyres."