New Zealand is turning the tide on the production and use of plastic to help clean up the oceans. 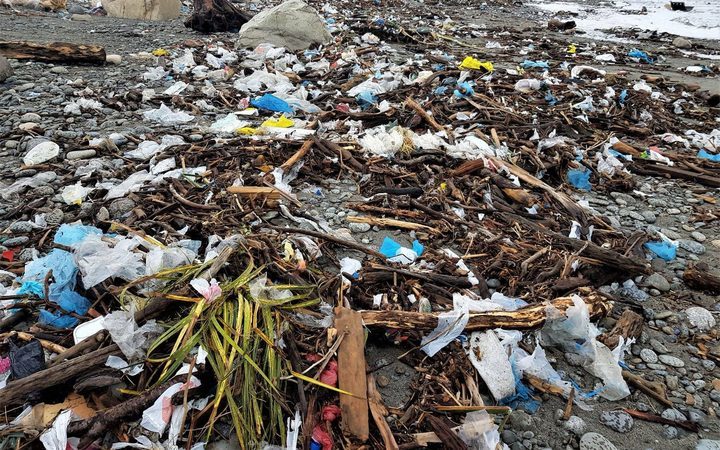 The pledge requires signatories to significantly reduce the production and use of non-recyclable and single-use plastic by 2022.

Some scientists estimate that if nothing is done, by 2050 the plastic in the oceans will weigh more than all the fish that live in them.

"It's New Zealand putting its hand up ... to be part of the solution, not the problem," Ms Sage said.

"With a new government, we are committed to significantly reducing waste by 2020."

She wanted businesses to help change people's behaviour so single-use items, like plastic bags, were not the norm.

"Instead of taking from nature, using it and throwing it away, we [need to] form a circle. Things that we need from nature we use and we reuse, moving away from that throwaway culture."

The government has banned plastic microbeads from June this year, she said.

"We're [also] looking at better implementation of the Waste Minimisation Act [and] extending the landfill levy so there's more funds available for progressive businesses and councils to reduce waste."

Officials were also investigating how to get rid of single-use plastic bags.

General manager of packaging company Cas-Pak, Yvette Toopi, said her company produced a lot of packaging that did not break down because it needed to protect the food inside it.

However, customers were asking for more recyclable, compostable and biodegradable products and Cas-Pak was working with other packaging companies to find new ways to recycle products, she said.