Increasing numbers of restaurants and cafes are opting to ditch straws to avoid adding to the masses of plastic ending up along New Zealand's coasts. 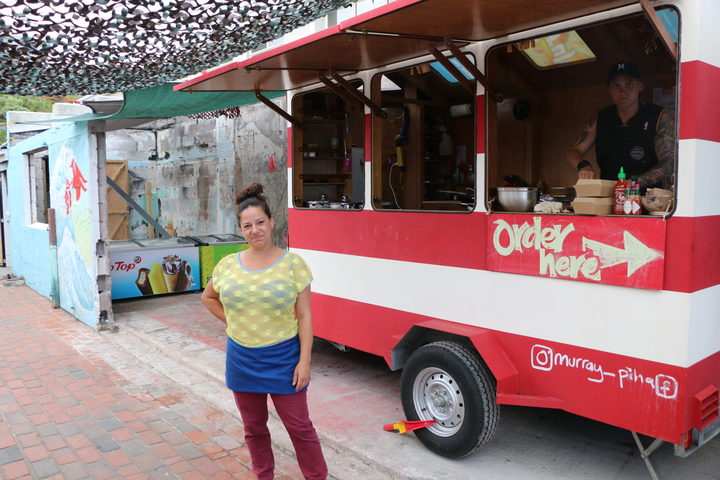 Alia de Jaltasyrras is the manager at Little Murray, a takeaway café at Piha Beach, has ditched plastics in favour of paper. Photo: RNZ / Nita Blake-Persen

Most straws are used only once before being thrown away and take up to 200 years to break down.

Hospitality New Zealand's general manager Rachel Shadbolt said some bars used up to 800 straws a day over the summer period.

But she said many of the organisation's members were moving away from single use plastics and they were encouraging the use of biodegradable straws.

A supplier who had been organised to provide biodegradable straws at a discounted rate had been 'flat out', she said.

Sustainable Coastlines general manager Camden Howitt said single use plastics, including straws, make up more than three-quarters of all the 1.3 million litres of rubbish they've removed from New Zealand beaches.

He said plastic straws were one of the top 10 worst offenders.

"They're quite small, they break down physically quite easily and that creates fragments of plastic that float around in the ocean and end up in the marine food chain which is terrible for the marine life itself and terrible for the humans that eat it as kaimoana."

Mr Howitt said it was incredibly easy to phase out straws, and customers should request for paper or stainless steel options where possible, or forgo straws altogether.

"They're a really good low hanging fruit because they're reasonably easy to remove from our lives, we simply can use gravity and tip the glass up and it goes in our mouth."

Piha takeaway operator Alia de Jaltasyrras is determined not to add to the growing number of straws entering land fills.

"We don't use straws, we avoid plastic where possible, we're doing everything in paper."

Ms de Jaltasyrras runs Little Murray, a cafe next to the Piha Surf Club, and said more people were becoming aware of the effects of plastic.

"They're such a gratuitous piece of plastic, you can get by in a life without a straw."