by Alex Braee of the Spinoff

Opinion - The calls happen every year now for Matariki to be turned into a public holiday and soon they will be too loud to ignore. 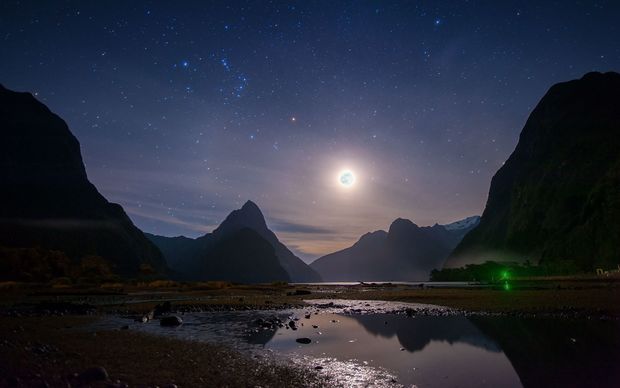 It always happens around late May, early June. It gets cold, the days are short, the steam from cooking pots on stoves fog up windows. The good folk of New Zealand realise that when it's next daylight, they'll have to rush through the rain to get to work, and think bugger this. We need another public holiday.

Fortunately, there is a ready-made public holiday waiting to be instituted. That holiday is Matariki (also known as Puanga and Puaka in some parts of the country), often described in terms like Māori New Year or midwinter Christmas. You might have heard of Matariki before, either through the Matariki Festival being held in Tāmaki Makaurau, or through learning about it at Te Papa, or through Wellington City Council's decision to move Guy Fawkes fireworks to Matariki from this year, or through the endless takes that get written about whether Matariki should be a public holiday. In short, it has become ubiquitous.

This isn't one of those columns that says it should or shouldn't happen, even though it should. This is a column that says it will happen, and within the next five years. In fact, so confident am I on this point that I have set up an automatic tweet, for this day in exactly five years, calling on people to comprehensively roast me and my credibility if it hasn't.

The arguments for why it should be a public holiday have been well canvassed. It would be a recognition of Māori cosmology, which is currently lacking in New Zealand's holiday schedule. There are 11 days of public holidays in New Zealand, but as we strive to be world leaders, we should be looking to at least match countries like Australia, Portugal and Italy with 13. And New Zealanders, on average, work more hours per year than people in the UK, Australia and France. Honestly, we deserve this.

But the point is that it will happen. Why? Because by and large, politicians like both being popular and winning votes. And giving the people an extra day of public holidays, for the right reasons, too, will be wildly popular. Those who have historically opposed Matariki becoming a public holiday (including Simon Bridges) no longer have the numbers to block it in Parliament, as happened in 2009.

How could it come to be before Parliament again? A government bill in 2020, which just so happens to be an election year, seems the most likely scenario. There's a huge and meaty programme of work for this government to get through in three years and they will need some more fun legislation to debate.

Here's another way it could happen: The Green Party - who have long supported Matariki as a public holiday - will propose it, Labour will adopt it and take credit for it, and NZ First will say they'll support it, if it's backed in a referendum. The voters will take one look at the ballot in front of them - "Do you support the creation of a new public holiday in June for Matariki?" - and it would pass with overwhelming support.

But what really convinces me that it will happen is this: Matariki already exists in the lives of New Zealanders. I put out a call for feedback in The Bulletin, and dozens of responses came back. One was against the proposal. The rest were firmly for but, not only that, people already had ideas about how they already do - or would - mark Matariki. Sure, it's non-scientific and self-selecting but there is already a mood there, and that makes a significant difference. It would simply be a case of the government reflecting a changing culture.

"Let's celebrate something that is our own from our own first people," said Richard. Annie said if it "makes us raise our eyes from our screens and shop windows and look at the stars, it can only be a good thing." Fireworks were brought up, in that it would make much more sense for public displays in winter rather than in November for Guy Fawkes. Multiple people noted that Matariki celebrated a natural event (being based on constellations) rather than a political or historical event. And there is nothing more natural than settling down with friends and family to a massive feed in the dead of winter.

It's time for a public holiday to celebrate Matariki. But, like I say, if it doesn't happen within five years, roast me. And when it does happen, I'll be roasting a big leg of lamb to celebrate.

- Originally published on The Spinoff