Wellington is scrapping its annual Guy Fawkes fireworks display and moving it to celebrate Matariki instead. 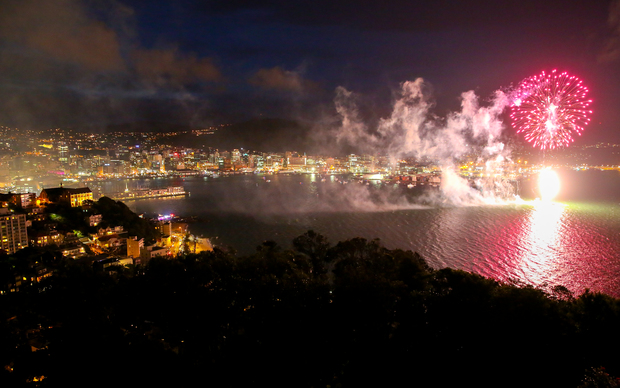 The capital has held a Guy Fawkes fireworks display for 22 years but 2017 will be the last. Photo: RNZ / Alexander Robertson

The council is planning a programme of events for the month-long period of Matariki, the Māori new year, which occurs around June and July every year.

Earlier this year, the council committed $500,000 in its budget towards making Wellington New Zealand's capital of culture, with half of that money pegged for the city's Matariki celebrations in 2018.

The council has organised the Guy Fawkes celebrations for 22 years, but this year's display will be the last time it is held on 5 November.

Mayor Justin Lester said Matariki was more important for New Zealanders and it made sense to commit the city's major fireworks display to celebrating it.

"We want to make Matariki bigger and bolder.

"For most families it's actually better in winter when you can go out because it's earlier and it's darker."

Wellington's winter weather could be "a wee bit interesting" but November weather was often not good either, he said.

"Let's look at the UK for example, where Guy Fawkes is held in late Autumn where winter's just getting under way. We still play winter sports ... we still have All Blacks tests and Lions tours and the like.

"People can rug up, go out much earlier and families can get involved and we'll make sure there's food, there will be fire, there will be displays ... and we want to make this a really strong Wellington civic event."