Frustrated locals protesting against Tegel Foods' plan to build the country's largest chicken farm in Northland say the company is refusing to listen. 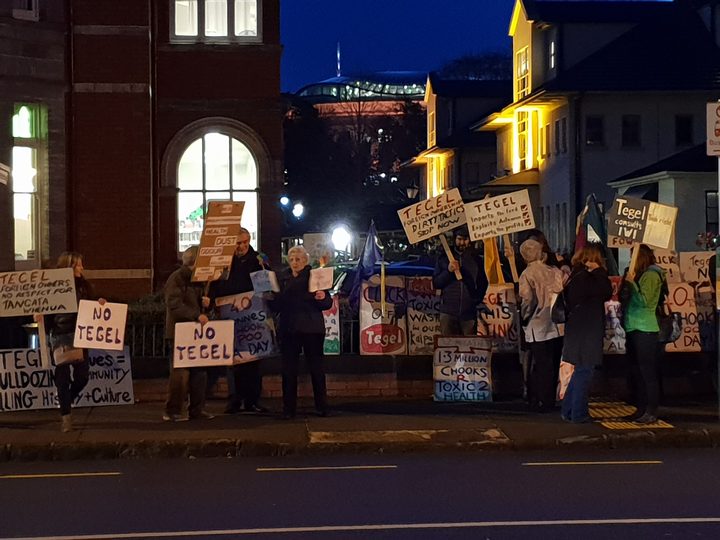 Tegel held a hui in Auckland last night, the first in a series the company says is to give people information about the proposed farm near Dargaville, and to hear feedback.

The company has applied for resource consent to farm nine million chickens a year on land next to Kāpehu marae, in Arapohue.

The marae and locals have been protesting against it for months, saying the smell and continuous trucks would change their way of life.

More than 50 people - including some who had driven two-and-a-half hours from Dargaville - held signs and chanted in protest against Tegel before going inside to the hui.

In a statement, Tegel said the company had "a genuine desire to engage and listen".

But Dargaville locals said they did not see any listening going on at the hui.

"When we wanted to talk we were cut off to listen to them [Tegel] - so I don't know who was listening," said Betty Shine, who travelled down from Dargaville to attend the meeting.

Karen Exley, who also made the trek down, agreed.

"I'm disgusted because they just don't want to listen...they say they're for the community and they're not."

Max Jones said all Tegel wanted to do was to push through the farm.

"If it hadn't been for the young ones standing up and saying their piece, nobody was going to listen."

Kāpehu marae chairperson Margaret Mutu said the proposed farm would be less than 350 metres from the urupā (cemetery).

She said members of the marae came to listen to Tegel, despite not being directly told the hui was happening.

Dr Mutu said nothing the company said changed their opposition to the broiler chicken farm.

But she said it was obvious Tegel wanted to say some members of the marae supported the farm.

"Kāpehu has had six hui about this, they have been very well attended and there has been unanimous decisions to oppose.

"Those are the processes that our marae goes through [but] Tegel doesn't want to know about them because they do not produce the decision that Tegel wants."

Rosie Donovan, who has lived in the area all her life, said the company was trying to control information.

"Tegel wants to divide and rule and even just not allowing media in the room at the hui showed their lack of confidence in themselves."

Tegel was not able to confirm how many jobs the farm could go to the people of Kāpehu, she said.

Other locals from the area told RNZ Tegel had been secretive, and changed the location of the meeting less than three hours before it was due to begin.

Tegel asked to attend but it has been turned down. 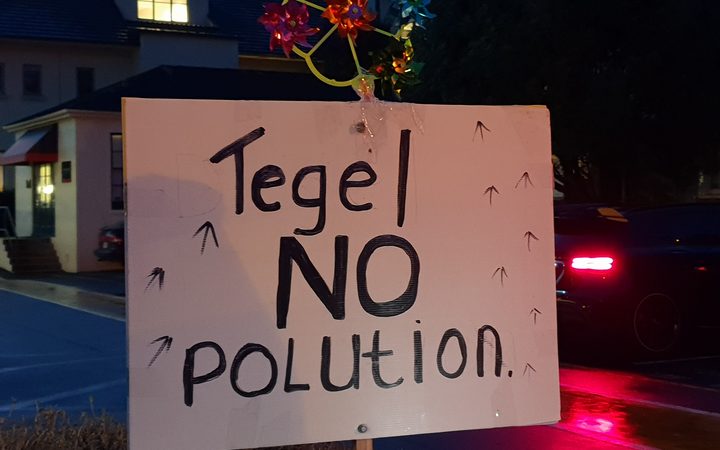