A Northland marae was not told about a hui being held to discuss plans to build the country's biggest chicken farm on neighbouring land. 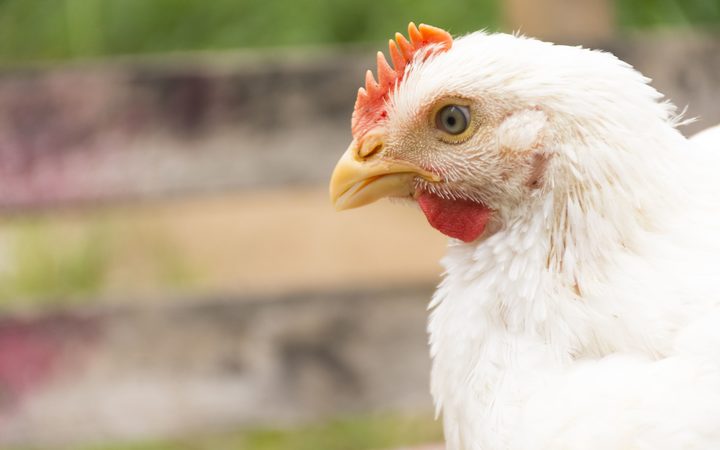 Tegel Foods is seeking resource consent to farm 9 million chickens a year on land next to Kapehu Marae, south of Dargaville.

The proposal faces strong opposition from the Marae - whose cemetery is on the boundary of the land Tegel intends to purchase.

Tegel are holding a hui in Auckland this evening to discuss their plans, but Kapehu Marae chair Margaret Mutu said they were not told about the meeting and only learnt about the hui through an advertisement in the New Zealand Herald.

"They've had no connection to our marae, to our land ever before - other than wanting to build a factory there, and suddenly they can just roll over the top of us and treat us not only like we don't exist, but like that we're something somebody has stood on."

Ms Mutu said she told Tegel they did not have permission to call a hui and asked them to cancel - but they refused.

Kapehu marae representatives will be attending the meeting to make their opposition on the proposal clear, Ms Mutu said.

"We will go to that hui, we will let them do their presentation, they will call it consultation - we won't because we were dragged in their kicking and screaming at them, literally.

"And then we will discuss only one thing with them and that is the need for them to take their development elsewhere," she said.

Tegel declined to be interviewed, but in statement said the hui was part of their on-going community consultation regarding the project.

"Tegel plans to undertake a series of hui over the coming weeks, the first of which is in Auckland this evening.

"The purpose of the hui is to provide information on Tegel's proposal to build a state-of-the-art free range poultry farm at Arapohue in Northland, and to give attendees the opportunity to provide feedback on the proposal."

They are approaching the hui with good faith and a genuine desire to engage and listen, Tegel said.