The controversy around a report on a downtown stadium for Auckland, has taken another turn with a public law specialist backing councillors' demands to have their own unblacked-out copies. 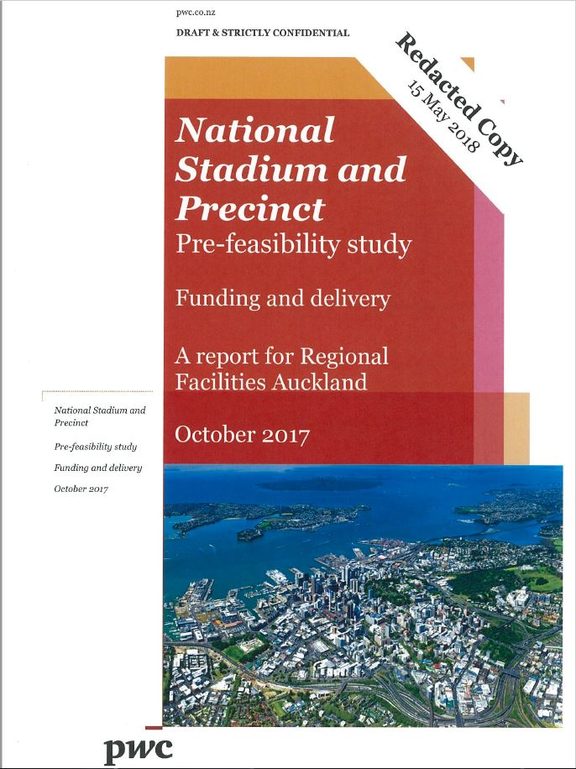 The council was directed by the Ombudsman to release a redacted version to RNZ, after refusing for nearly six months, and the council has applied the same restrictions on councillors.

The only full copy of the report is held in the mayor's office, and councillors have to read it there.

Dean Knight, who is a senior lecturer in Public Law at the University of Victoria in Welllington, said two councillors were right to object to the Ombudsman.

"At law, the position of the mayor is only slightly better than other elected members," he told RNZ.

Mayor Phil Goff personally commissioned the report in early 2017 soon after being elected to the office.

The report turned into two reports, cost twice as much as anticipated at $930,000, and took nearly twice as long as expected.

Some participants did so after assurances that their contributions would remain confidential.

"The confidentiality aspect is really for public disclosure," said Dr Knight, who argued that councillors' rights are not covered by official information law, but by the Local Government Act.

"The Ombudsman has general powers to look at maladministration by a local body, so I'm expecting and hoping the office will get into that aspect too.

"It's important [councillors] are privy to all the information in the authority that they are ultimately democratically elected to be responsible for."

In addition to complaints to the Ombudsman by councillors Cathy Casey and Efeso Collins, councillor-turned National MP Denise Lee already had a private members bill in the ballot seeking law changes to give councillors greater access.