A website is advertising jobs for backpackers and temporary visitors at below the minimum wage, in a market that's being described as the "wild west". 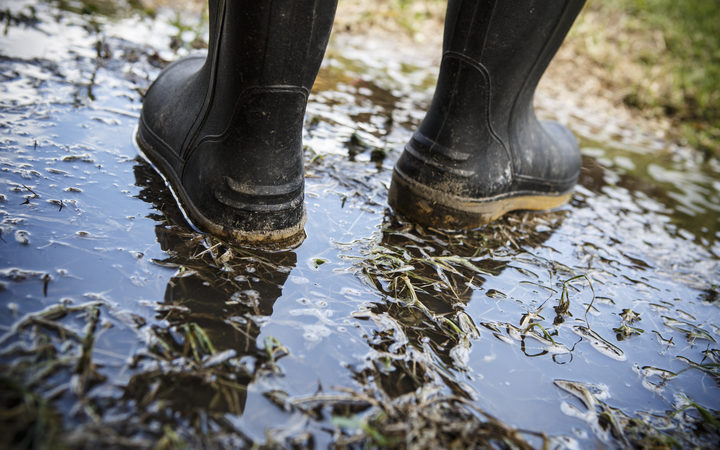 Farming and dairy jobs are being advertised below the minimum wage on teh website. Photo: 123rf.com

The Backpacker Board website currently has around 600 jobs on offer, but a workers' advocate has taken some to task for advertising roles at below $16.50 per hour.

Welfare advocate Chloe Ann-King has publicly shamed employers on social media taking screenshots of ads that pay below the minimum wage - including in farming and dairy - and encouraging people to call them up and complain. 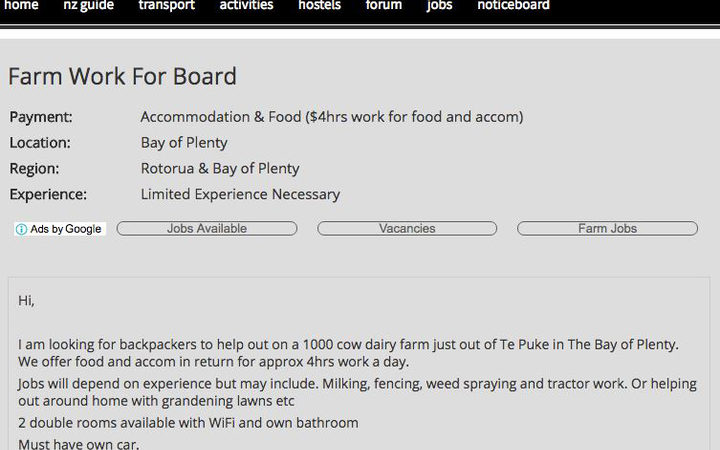 One of the job advertisements on the website. Photo: Backpacker Board 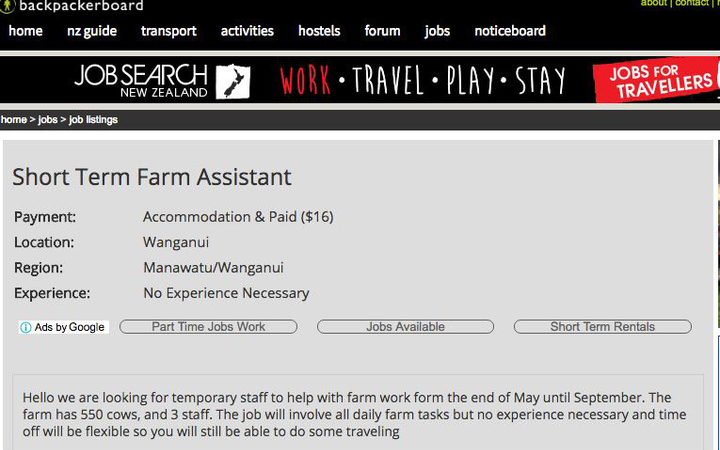 Another farming job advertised on the website that is paying below the minimum wage. Photo: Backpacker Board 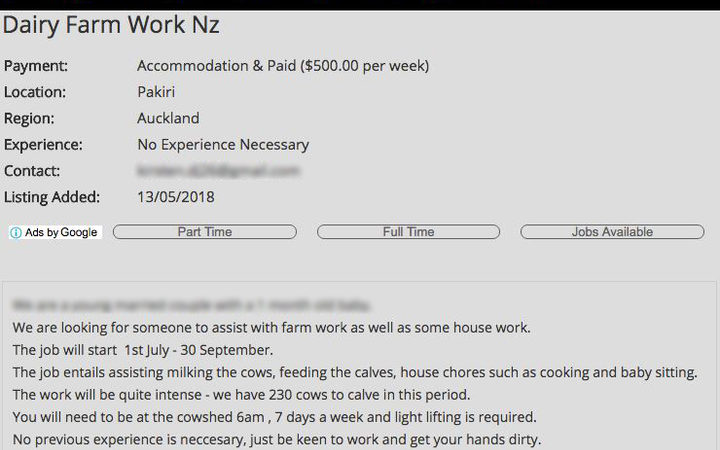 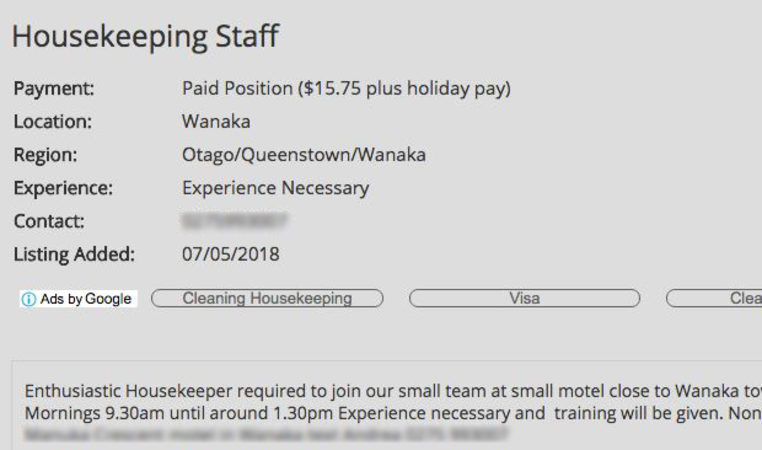 Ms King said the job market was like the wild west.

"They're being exploited and when you talk to them, they know something is wrong, but because of lack of knowledge and oversight they don't know what to do," she said.

Ms King said in some cases the employers didn't know the minimum wage had gone up.

"So once again I find that incredibly hard to believe because the governmental annual increase goes up at exactly the same time every single year," she said.

Federated Farmers vice-president Andrew Hoggard calls it a no-brainer and said farmers needed to be acting within the law.

Mr Hoggard said entry level farm workers were usually earning around $18 an hour and there was no excuse for paying less.

He said if farmers were in doubt, there was a lot of support available from his organisation or DairyNZ.

"Nowadays we've got bloody good wage keeping tools that make the job so much simpler doing everything right," he said.

One farmer offering below the minimum wage told RNZ he was more interested in making sure the worker was fed and had a roof over their head.

"Labour inspectors are proactively looking through these websites looking out for this sought of thing and if they do breach the law they can expect to get a phone call," he said.

He said some of the ads appeared to include accommodation and food benefits.

"Often costs are taken out of wages that are paid ... but you'd expect the wage to be sufficient that those costs are not having too much of an impact on what people are earning," he said.

Mr Lees-Galloway said he was getting more advice on the advertisements.