Footwear chain Hannahs has admitted staff aren't paid for overtime after stores close, while Briscoes' boss doesn't know how many of his employees historically haven't been paid for the last 15 minutes of their shifts each day. 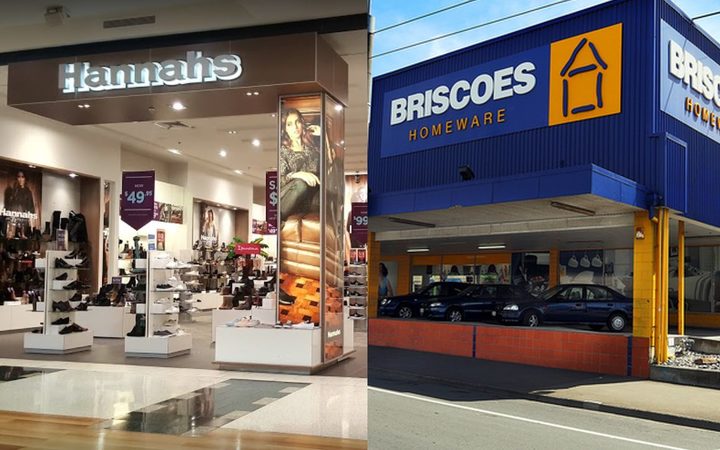 The companies are the latest to be caught underpaying their minimum wage workers, after it was revealed Smiths City and Spotlight had been forcing employees to attend a 15 minute daily morning meeting unpaid.

Some Auckland Briscoes staff last night noticed on their online roster that all their shifts had been extended by 15 minutes, after management realised they weren't being paid for the on average 15 minutes it takes to cash-up at the end of the day.

"There's been quite a few people that've put [a picture of their changed roster] up on their Snapchat," an Auckland Briscoes employee said, speaking to Checkpoint on the condition of anonymity.

Checkpoint alerted Briscoes managing director Rod Duke to the roster changes, after he was this morning reassured by management that the retail chain had paid all staff for the hours they have worked.

He said he did not know how many other Briscoes staff have been forced to work for free.

"There's not an expectation from the company, but there may be situations where people are working over the closing time of the store," Mr Harper said.

Checkpoint spoke to a Hannahs employee who is earning the minimum wage who said she had been too scared to speak out of fear of repercussion.

"It's been a cause of a lot of stress. What I get paid isn't enough to cover my bills, and to work that extra without being paid, it's made me feel quite stressed. Quite down," the employee said.

"Because they're such a big company, and I'm just one person, I feel if I say something I may face repercussions," she said.

Mr Harper said there would be no repercussions for any Hannahs employee who spoke out about not being paid properly, and he only learned Hannahs uses a fixed hour system today.

"I would love to see that change. Definitely not happy about that."