A new pigeon species related to the extinct dodo bird has been found at a Central Otago fossil site near St Bathans. 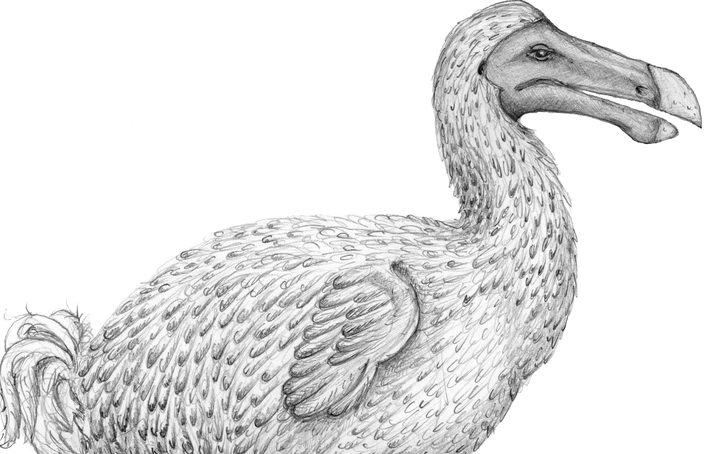 A reconstruction of the extinct dodo bird, by a team at the University of Cape Town. Photo: AFP

The Zealandian dove, which lived in the South Island some 19 million to 16 million years ago, was identified from a few fossil bones found at St Bathans over the past 16 years.

One of the bones found on the wing was similar to the tooth-billed pigeon (found only in Samoa), the crowned pigeons of New Guinea, and the Nicobar pigeon (South East Asia), Doctor Vanesa De Pietri from Canterbury Museum said. 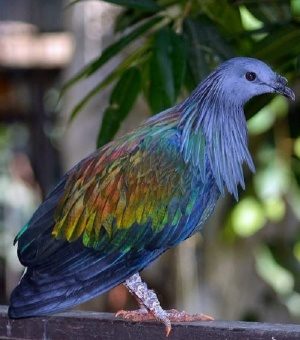 The latter was the closest living relative of the extinct dodo and the solitaire (another extinct, flightless bird) from the Mascarene Islands in the Indian Ocean, Dr De Pietri said.

"Based on the St Bathans fossils, we think that the Zealandian dove is part of this Indo-Pacific group. It is probably most similar to the Nicobar pigeon and is therefore a close relative (or at least a cousin) of the famous dodo", she said.

"The Zealandian dove is the first record of this group found in the southern part of the nearly submerged land mass known as Zealandia."

Te Papa curator Alan Tennyson said the loss of diversity in fauna may have contributed to the bird's extinction.

"The disappearance of these pigeons from New Zealand's fauna was likely linked to the marked climatic cooling that took place between 14.2 and 13.8 million years ago. Until then New Zealand's subtropical flora and fauna was very diverse with fruit-bearing trees such as laurels," he said.

"This loss of floral diversity certainly had an impact on fruit and seed-eating birds, and may have been responsible for the subsequent loss in pigeon diversity in New Zealand."

Previous fossils which had been found at the St Bathans site now numbered in the thousands and documented New Zealand's history of biodiversity, professor Sue Hand of UNSW Sydney said.

"For many of New Zealand's very distinctive bird lineages, such as moa and kiwi, the St Bathans fossils provide their oldest and sometimes first deep time records," she said. 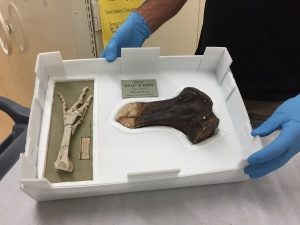 The discovery of fossils and identification of the pigeon species in relation to the dodo was a rare occurrence at St Bathans, Doctor Trevor Worthy of Flinders University said.

The Zealandian dove was the second pigeon to be found at the St Bathans fossil site, Canterbury Museum professor Paul Scofield said.

"Some years ago we described the St Bathans pigeon, which we believe is a relative of New Zealand's two living native pigeons and to the Australian topknot pigeon," Dr Scofield said.

"We have now also found a leg bone that we can attribute to this species. As a result we can now confirm that the St Bathans Pigeon is also closely related to Indonesian and Melanesian mountain pigeons."

New Zealand now only had two species of native pigeons, the New Zealand pigeon and the Chatham Island pigeon.