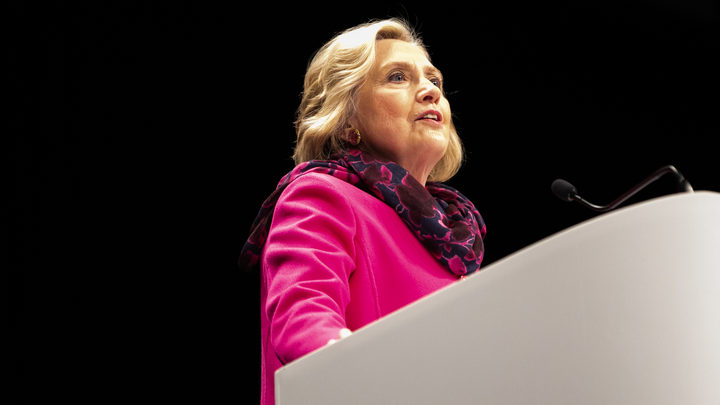 The night kicked off with a kapa haka performance by Gisborne group Whāngārā Mai Tawhiti before the scene was set by the evening's host Linda Clark.

"We are some lucky, lucky people," she told the crowd.

People were on their feet to applaud as the former New York senator made her way to the lectern.

Mrs Clinton highlighted New Zealand and praised the country for being a vital, multicultural democracy.

"New Zealand's success in bringing together people from different backgrounds and beliefs, having such a vital democracy, as an example, which we so desperately need in the world really means more in the 21st Century than perhaps you even recognise," she said.

While she complimented New Zealand for being a leading example to the rest of the world, she said foreign interference in domestic politics was an ongoing problem that was not just confined to the US, after concerns about Russian interference in her campaign.

"In Australia and here in New Zealand experts are sounding the alarm about Chinese efforts to gain political power and influence policy decisions. Anne-Marie Brady of the University of Canterbury has rightly called this a new global battle, and it's just getting started. We need to take it seriously," Mrs Clinton said. 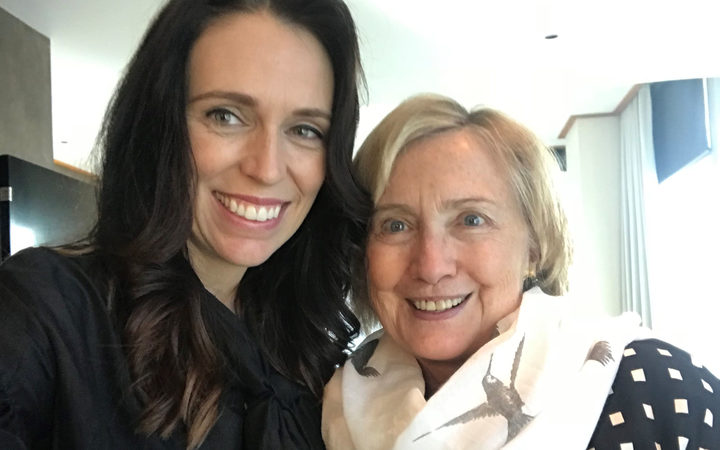 Taking on lighter topics, she also offered a glimpse into her personal life to the audience as she talked about her trip to Auckland's One Tree Hill.

"I was walking up toward the monument and my daughter called for FaceTime with my grandchildren and the biggest treat I could give them was to move my phone and show them the sheep," she joked.

One of the most anticipated topics at the talk, Mrs Clinton reflected on her 2016 US election loss to Donald Trump, which she also discussed in her new book What Happened.

"I will admit there were times when all I wanted to do was pull the covers over my head but I instead spent time, I spent time with my family and my friends, a lot of time with my grandchildren. I read a lot; especially mystery novels because the bad guy usually gets it in the end."

She said she felt she needed to write the book, and while painful, it had had been a cathartic experience and shed light on lessons that apply for everyone.

"Everyone in life gets knocked down. What matters is if you get back up and keep going."

In a discussion with former prime minister Dame Jenny Shipley, Mrs Clinton said it was important to share her experiences with other women, who still faced barriers when stepping up to lead.

"I think for both men and women we're going through a sea change in relationships; in the workplace, in the family, in public arenas. So I think both men and women have to make a real effort to understand how best we can work together, learn to listen to each other, respect one another, and yes, deal with our conscious and unconscious biases."

The only way to get sexism out of politics was to get more women into politics, she said.

"The minute a woman, at least in our country, stands up and says now I'd like a chance to lead, everything changes. I can't think of a single woman in any walk of life, in business to the media, to academics, to the professions, and certainly in politics and government, that doesn't have stories to tell."

However, her focus now was no longer on running for office again but to help and encourage other women to do so, she said.

Mrs Clinton will be heading to Australia for two shows later this week.