A Christchurch political science professor says Chinese government spies seeking to intimidate her are behind a break-in at her home on Wednesday. 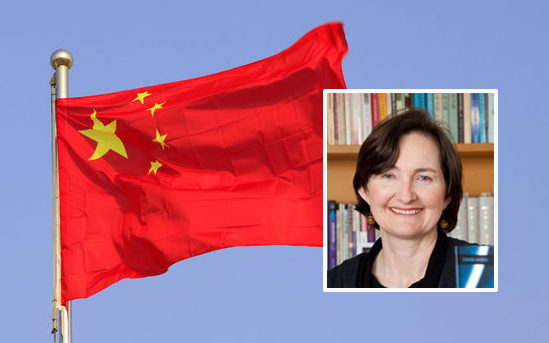 Canterbury academic Anne-Marie Brady has been burgled and received a written threat in the mail Photo: 123RF / Canterbury University

Anne-Marie Brady says she also got a letter this week warning that she would be attacked.

Police confirmed they were investigating a burglary complaint and "other matters".

Three laptops, including Dr Brady's work laptop, were taken in the break-in during a brief period when her husband had gone out, she said.

There was also a break-in at her office last December, she said.

She believed the two break-ins were "Chinese government-connected".

The Chinese embassy in Wellington said no one was available to comment because of Chinese New Year.

She first spoke about the break-ins at an Australian parliamentary security committee yesterday, when she was asked if she had faced any intimidation over her research into the Chinese government's attempts to expand its influence.

"I got a warning letter just this week saying I was going to be attacked," she told RNZ.

The one-page warning letter had a local postmark and was delivered through the university mail system.

She believed it was from someone symapathetic in the Chinese community wanting to give her a genuine warning, though it was unclear if the "attack" mentioned was expected to be physical, verbal or professional, she said.

Dr Brady was asked to speak to the committee in Canberra on her submission to an Australian federal bill on countering foreign influence.