Technical experts from around the world are meeting on the West Coast today to plan manned re-entry of the Pike River Mine. 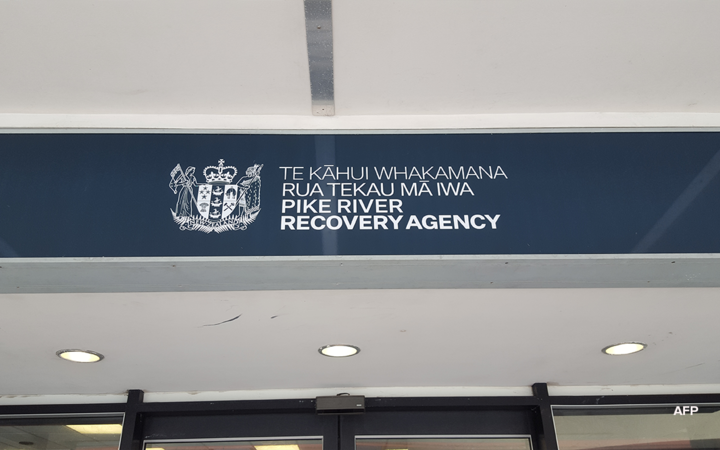 The Pike River Recovery Agency is simultaneously calling for a specialist contractor who can undertake the re-entry and recover the mine's drift, or access tunnel.

The bodies of 29 men have been trapped in the mine since it exploded in 2010.

The agency said those meeting in Rapahoe, north of Greymouth, today included specialists in geotechnical engineering, mine ventilation and underground coal fires.

As well as local experts, specialists from the United Kingdom and Australia were part of the meeting.

A representative from the men's families would also be present.

"It's quite exciting that it's actually underway," he said.

The four-day workshop would develop plans to re-enter the drift or reinstate the mine seal, a concrete wall 170m into the drift.

The drift is a 2.3km passage between the portal, or entrance, to the mine workings, which is the last estimated location of the 29 killed miners.

The workings, which contained about 5.5km of tunnels, were blocked by a large rockfall at the very end of the drift.

A new seal was built just 30m from the entrance in November 2016, but the reinstatement of the original 170m seal would allow access much further into the drift, Mr Pattinson said.

"It just gives you a different start point. You're not going right back to the portal at any stage. You're 170 metres in, so it's one of the first milestones." Mr Pattinson said.

Experts at the workshop would also identify critical equipment needed for the job, although an actual risk assessment of the mine re-entry would happen at a later date.

Any methodology for safely re-entering and recovering the drift would then need to be confirmed and approved by Minister Responsible for Pike River Re-Entry Andrew Little.

The agency was also beginning its search for contractors who could assist with the planning and do the work, once approved.

"We are looking for a supplier who can demonstrate their track record in providing similar services, an ability to source specialist coal mining equipment and appropriately trained and qualified personnel to operate the equipment and who has robust health and safety culture and practices," Mr Pattinson said.

It was likely the supplier would also be required to undertake mine sealing and rehabilitation works at the completion of the project.

However, until the re-entry and recovery plan was well advanced, the nature of the required work and equipment was not known and would be refined throughout the process, he said.

"So as we go through the plan, there'll be things that get identified as potential risks and then they'll be further looked into and investigated when we do the full risk assessment."

Timeframes would also be refined but the mine re-entry was still on track to happen by the end of March 2019, Mr Pattinson said.

The agency was also recruiting mine staff who would have statutory roles including monitoring, maintenance and management of the mine site.