The Environmental Protection Authority says it will review the use of pesticides containing chemicals thought to harm bees tomorrow morning. 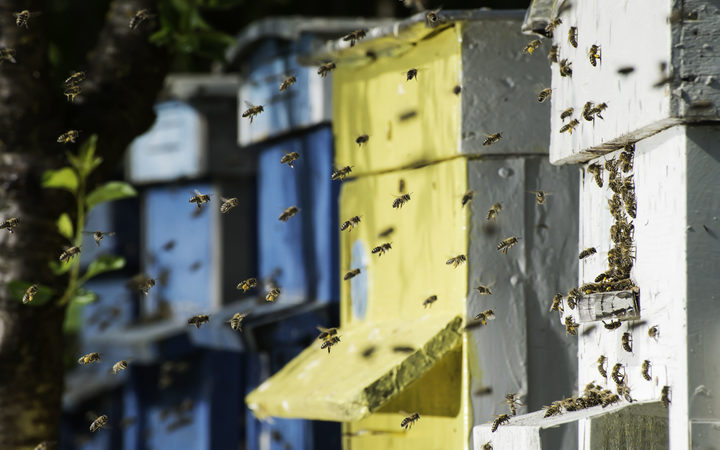 The European Union has just voted on a near-total ban of neonicotinoids - a chemical found in most insecticides.

Some overseas studies suggest the chemicals can kill bees after they land on or have taken nectar from a sprayed flower.

EPA hazardous substances spokesperson Fiona Thomson-Carter said the use of neonicotinoids in New Zealand was already regulated heavily, but they would look at the EU's findings.

"We'll be reviewing the new information coming through from the EU to see whether there's anything significant that would mean that we need to change our position and our practice in New Zealand."

Neonicotinoids are a popular insecticide world-wide, found in soil and seed treatments, and domestic and commercial lawn care products.

In January, Bunnings Warehouse confirmed it would be stopping the sale of all products containing neonicotinoids by the end of the year.

Dr Thomson-Carter said the way neonicotinoids were used in New Zealand was very different to in Europe and they were used on a much smaller scale.

There was no evidence that the way New Zealand used neonicotinoids was harmful to bees, she said.

"In 2017 most of the colony losses were due to events like extreme weather conditions or starvation or pests invading hives. At the moment in New Zealand the colony loss rate - less than 10 percent - is lower than that seen in Europe.

"There's no evidence that the New Zealand bee population is being harmed by the use of neonicitinoids in usual agricultural and horticultural practise."

Dr Thomson-Carter said if any changes were to be made, they would happen as soon as possible.

"We'll be looking at the new information first thing on Monday, however if we're going to make any changes to our practise that will take a few weeks or months to process through."