Neonic pesticides are "extremely harmful" to bees and other non-target species, even in barely-measurable amounts, new research shows. 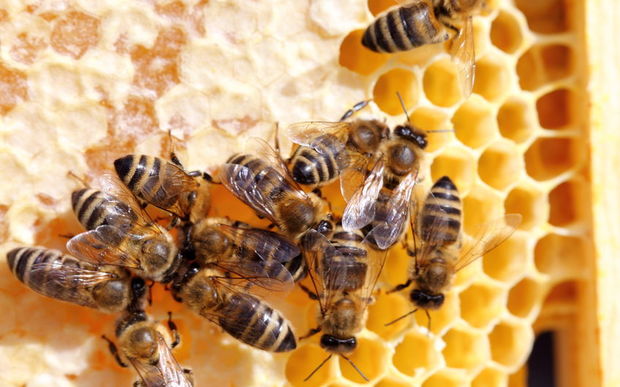 The research showed even tiny amounts of the pesticides could be harmful to bees. Photo: 123RF

The Task Force on Systemic Pesticides, a group of European scientists who study pesticides' effects on biodiversity, analysed 500 studies on neonicotinoids, known as neonics, published since 2014.

Neonicotinoids are the most widely used insecticides in the world, and are in soil and seed treatments, and domestic and commercial lawn-care products.

One of the report's authors, Edward Mitchell from the University of Neuchatel in Switzerland, is currently on a sabbatical at Lincoln University.

He said that even at barely measurable levels, neonics had an impact on bees.

"In short it is really showing us that these neonicotinoid pesticides are really extremely harmful, and they are harmful at very very low concentrations."

"Even with the latest technologies we can barely measure the concentrations at which we are finding significant effect on honey bees, for example, which is the organism which has been most intensively studied.

"And then there are many many other non-target organisms, including soil organisms and ... vertebrates on which significant negative effects are being demonstrated."

Professor Mitchell said there was a growing international swing towards banning the pesticides, with France slated to cut the substance from September 2018.

In 2013, the European Union imposed a moratorium on the use of certain neonics (imidacloprid, clothianidin and thiamethoxam) on crops attractive to bees, and is now considering a proposal to extend it.

He said the New Zealand environment and human health would benefit from a ban.

There was growing evidence that the pesticides were also affecting vertebrates, including humans, he said.

"I really think we should be concerned about this pesticides and pesticides in general.

"We cannot truly test the impact of any pesticides over a long term at very low concentrations.

"We're really experimenting on ourselves over the last 15 years or so with these pesticides."