Menstrual cups are more likely to cause rare toxic shock syndrome than tampons and should be sterilised between use, new research shows. 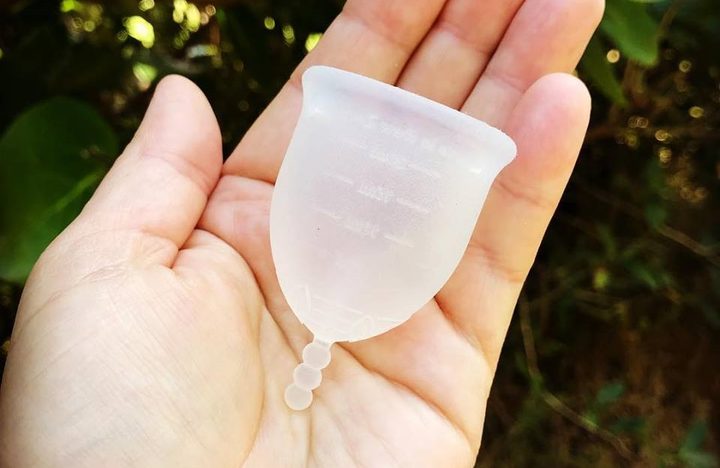 The study, published in Applied and Environmental Microbiology, tested 11 types of tampons and four menstrual cups to determine their effect on the growth of bacteria staphylococcus aureus, which produces toxic shock syndrome, or TSS.

TSS is caused when bacteria enters the blood stream and while it can affect anyone, it's more common in women when they're menstruating as bacteria can grow on tampons, or menstrual cups.

The study found a slight increase in the bacteria and toxin in menstrual cups because there was more air captured in vitro than that of tampons.

The cups, which are typically made of silicon or plastic, are a popular alternative to tampons as they create less waste and only require a one off cost.

But University of Auckland microbiologist Siouxsie Wiles said they were not without their risks.

"I've always thought the idea of menstrual cups was a little bit gross because I know that bacteria likes to stick to plastic," she said.

"But to actually see the data and to see the pictures of these bacteria sticking to the menstrual cup and the fact that they were found to produce the toxin that can then lead to this toxic shock syndrome was really quite frightening."

Dr Wiles said the study was carried out in a lab, as opposed to using actual women, but one case showed more than five times more bacteria on a cup than on a tampon.

Anna, a 30-year-old Wellington woman, began using menstrual cups four years ago as she felt they were more convenient than tampons.

"When I was travelling I didn't need to find a pharmacy or a supermarket or anything like that to get menstrual products," she said.

She can see why bad cleaning habits would lead to a higher risk of toxic shock syndrome, but said she was not prepared to give hers up.

"I can see the value in doing more sterilisation, that would reduce that risk," she said.

"There's a risk with tampons as well, I think you just have to be clean and know your body and know when something might be wrong."

The founder of MyCup, a Christchurch-based menstrual cup company, Kimberli Schuitman said the risks of the illness were very low.

"Menstrual cups have been around since the 1930s in various forms, they are very highly engineered now so they're incredible devices," she said.

"There's only been two known cases in the world and both those cases were caused by women who had left their cups in for days rather than hours."

It also found the bacteria could stay and grow on the cup even after it was washed, and recommended switching between two and using boiling water to wash them.

Ms Schuitman said that was a good idea, but most women were fine sterilising their cups between cycles.