A man convicted of the manslaughter of four people killed in a crash while racing has been sentenced to a year's home detention. 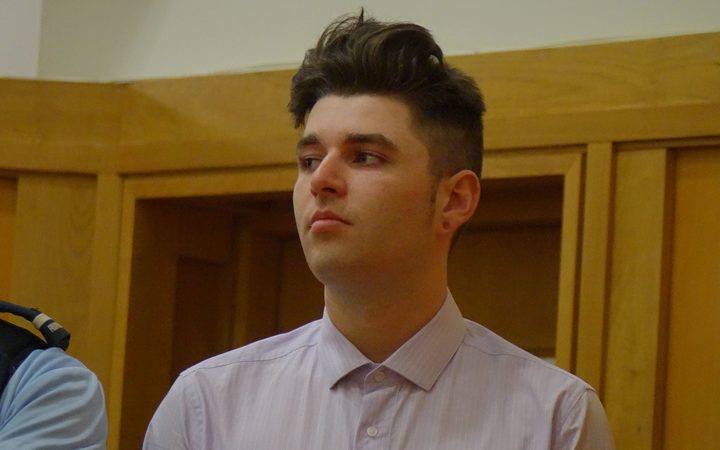 Dylan Cossey at sentencing for manslaughter at the High Court in Hamilton. Photo: RNZ / Andrew McRae

Dylan Cossey, 21, was also found guilty at a trial in February of racing and failing to stop to ascertain injuries.

The driver of the car Cossey was racing on State Highway 3 near Hamilton in 2016 lost control and ploughed into a van.

The Crown had suggested a starting point of eight to nine years, before consideration of mitigating circumstances, including Cossey's age.

The Crown said there is equal culpability between Cossey and Robinson, who died in the crash.

Cossey's passenger Stephen Jones, who is also 20-years-old, was convicted of failing to stop and one charge of trying to pervert the course of justice.

Jones will be sentenced next month.