The family and friends of some of the victims of a car crash caused by two cars racing near Hamilton in 2016 say they don't want the man convicted of their manslaughter to go to prison, as long as he has learnt his lesson. 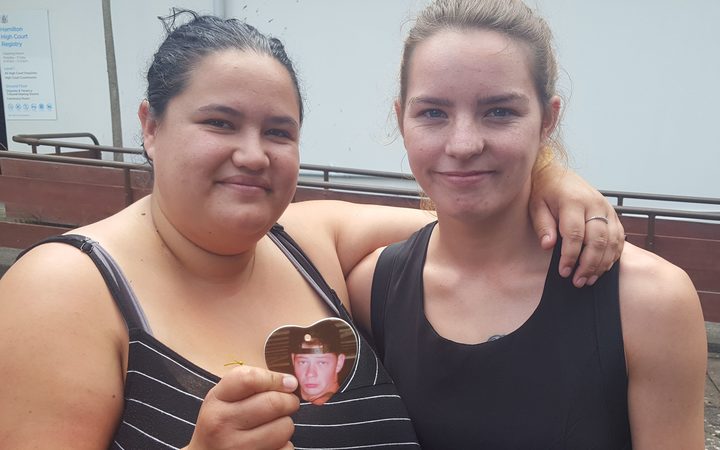 In the High Court in Hamilton today a jury convicted 20-year old Dylan Cossey on four counts of manslaughter, one charge of racing and one of failing to stop at a crash.

His passenger, Stephen Jones, who is 20-years-old, faced the same charges but was found not guilty of manslaughter and of racing. He was found guilty of failing to stop and also of perverting the course of justice by editing down a video taken in the car.

The four people who died were in a second car that Cossey was racing. It lost control and collided with a van.

Narrissa Ryan was Paul de Silva's girlfriend and is the mother of his 3-year-old son.

She described him as an absolutely awesome guy with a lovely giant that "made us all smile."

Her friend, Crystal Brownlee said he treated her like a sister.

"He was the most kindest person I had ever met in my life."

Tania Bowkett is Ms Strickett-Craze's aunt. She said that even with the verdicts nothing changed because Hannah was still gone.

"We now know what happened in the last half hour of her life but what we do have is a little boy who is growing up without his Mum."

She said she doubted Hannah really knew what she had let herself in for on the night of the crash.

"You know she made a mistake, she hopped into a car and half an hour later she died. She had no choice really because we think she didn't know what was going on in terms of alcohol and drugs."

She feels angry about the time it took Cossey and Jones to come forward.

"I would never want anybody to be left in that position what they did to them - you know you would pull over, that's what any person would do."

Narrissa Ryan and Crystal Brownlee describe Dylan Cossey as being smug throughout the trial and they hoped the sentence he receives will wipe the smile off his face.

"But they are two young boys who made a mistake and we are the ones who have to live with it because we lost four people. They get to see (their families) everyday and we have to go to grave sites to visit our friends."

They both said a sentence of home detention would be fine as long as Cossey and Jones understand what they did wrong.

Crystal Brownlee said the message is clear and a lot of young male drivers need a wake up.

"There are too many of them out there doing ridiculous shit. Going out on the roads doing skids and racing and that is not what we want in New Zealand, we want a safe environment, safe roads for the other people on the road."

Ms Bowkett said there are many messages to come out of what happened to her niece and the three others who died.

Young women can make a mistake and hop into a car and never come home, she said.

"There are many messages for children who have cars that can accelerate to extensive speeds and combine that with drugs and alcohol which we believe were major factors in the crash.

"It is not just you it can be somebody else. We can be affected now for the rest of our lives."

Cossey and Jones have both been granted bail with strict conditions and they will be sentenced on 20 April.