Lawyers representing two men accused of manslaughter following an alleged race that ended with a second vehicle plowing into an oncoming van, have presented their closing arguments in the High Court in Hamilton today. 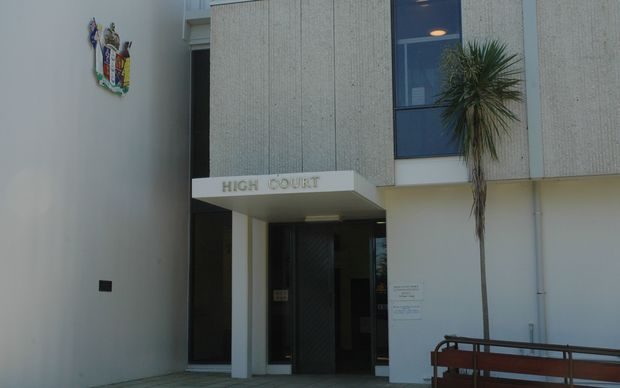 The two men are on trial in the High Court in Hamilton. Photo: RNZ / Edward Gay

Dylan Cossey and Stephen Jones, who are both 20 are on trial in the High Court in Hamilton facing four charges each of manslaughter.

They also face one charge of racing, and failing to stop to ascertain injury.

Stephen Jones also faces a charge of attempting to pervert the course of justice after editing a video he took in the car at the time.

The crash happened on State Highway 3 near Hamilton Airport late in the evening of June 24, 2016 .

The Crown said the two accused were racing a Nissan Skyline when it lost control and hit a van coming the other way.

The driver of the Nissan, 28-year-old Lance Robinson, died along with three of his passengers aged 19, 20, and 24.

The van's driver was seriously injured.

Crown Prosecutor Duncan McWilliam reminded the jury that witnesses, who were passed by the two cars, talked of very high speeds and noise, with one saying it was more like flying rather than speeding.

"These are not just normal overtaking manoeuvres of slower cars, because they overtake and they disappear into the distance."

Mr McWilliam said there's no doubt that Lance Robinson, who was over the legal blood alcohol limit and had been taking drugs, lost control of his car and caused the crash.

However, he said this doesn't absolve the defendants of their liability.

"The fact that their driving, their speed, their involvement in this race was a substantive operating cause of Mr Robinson then overtaking and then losing control."

The lawyer for Dylan Cossey, Philip Morgan QC, said it is stretching the law to say his client is guilty of manslaughter.

"Really what the Crown is attempting to do is to say is that there was a race, there were participants. A participant crashed, there was death, there was manslaughter."

Mr Morgan told the jury that this was not sufficient to find Mr Cossey guilty of manslaughter and that they should find him not guilty.

Stephen Jones' lawyer, Russell Boot had a simple message for the jury.

"Mr Jones was merely a passenger in that motor vehicle in June 2016. He did nothing more than film the overtaking manoeuvre of the Skyline (Mr Robinson's car)."

Mr Boot said Mr Jones took the footage into the police station to help them with their inquiries.

Justice Hinton will sum up the trial on Monday morning before the jury of seven women and five men goes out to reach its verdict.