Many Aucklanders say they did not receive enough warning and were left unprepared for the severity of last night's storm. 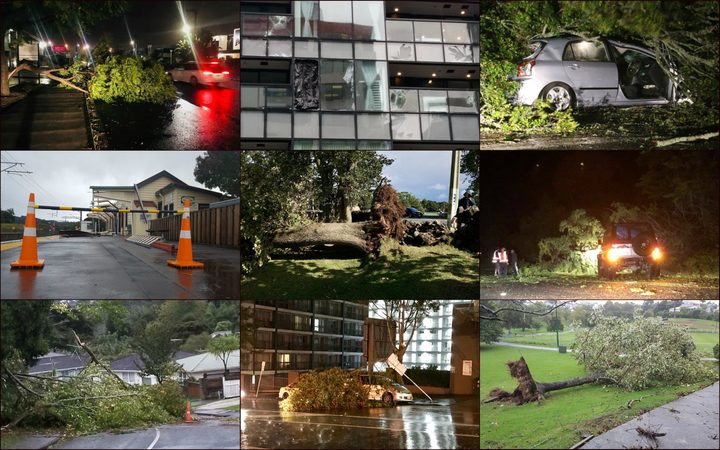 Some of the damage from the wild winds that hit Auckland. Photo: RNZ

Emergency management and MetService have defended their response, saying plenty of warning was provided.

Too many ‘weather bomb coming’ stories and then when a real weather bomb hits- Hardly any warning.

Where were all the warnings about this mother of a storm?
Feels like house about to lift off
I swear we will go to bed in Remuera and wake up in Hamilton
I'm in a kids bed as they all huddled in with mother@MetService #noneedtoputtrampolineontrademe #finderskeepers

RNZ spoke to Aucklanders at the Royal Oak roundabout who said they were caught off guard.

"I didn't hear about it ... it's just that the building was swaying and the glass windows were kind of being pushed in ... it was quite scary."

From Monday, MetService were warning severe gales, gusting at 120km/h an hour, could hit Waikato, Auckland and the Coromandel Peninsula on Tuesday evening.

Yesterday morning, Auckland Emergency Management took to social media to advise people to secure loose items in the backyard and to remember to bring their pets inside. 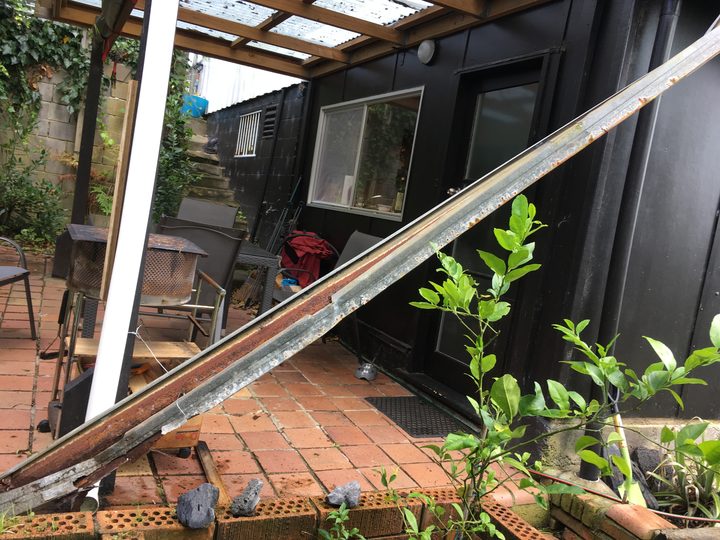 When the storm finally hit in earnest last night, wind gusts of more than at 210km/h an hour were recorded, while sustained winds of 100km/h an hour battered the city most of the night.

MetService said a 133km/h gust of wind had been recorded at Auckland Harbour bridge.

Māngere had gusts of more than 100km/h for three consecutive hours - between 8pm and 11pm.

'The information was out there'

MetService meterologist Lisa Murray said they could not have done much more.

"On Monday when those first warnings were issued, we contacted the local councils, Civil Defence and also power companies and our clients as well just to give them the heads up that this was coming.

"So it's all about being prepared and part of that preparation is checking the forecast," she said.

"The whole event was about one notch above what we were forecasting, it was certainly a bit more wild than the forecast was saying before it arrived - even though we were saying some severe weather is on its way."

Auckland Emergency Management director John Dragicevich defended their response to the widespread damage from the storm in the city.

He hit back at any criticisms not enough warning was given and that management was slow to respond.

Plenty of warning was provided, and they responded like they have in previous storms, he said.

"The information to be ready and to be prepared was out there and could be heard if people were willing to access their social media, their radio or turn on the TV," he said.

Mr Dragicevich agreed with MetService that the intensity of the storm was accurate to what was forecast.