MetService recorded a gust at 213km/h in the storm last night, while it could take days to restore power in some areas after cuts to 100,000 properties last night. 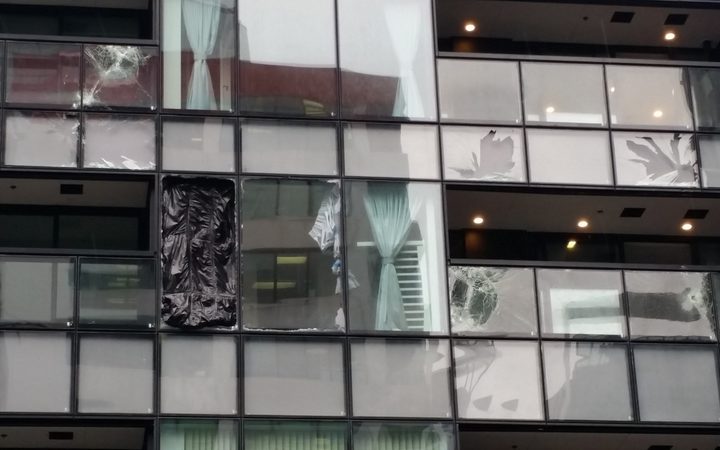 Vector said more than 100,000 customers in the Auckland region were affected overnight as the storm which ravaged the country yesterday brought the winds, downing trees and power lines.

The company said it could be several days before power was restored in some areas in the region, with extensive damage. It said its field crews were responding to nearly to 200 outages.

Vector said its crews worked through the night in winds of up to 140km/h and it was bringing in extra staff from outside of Auckland to tackle the workload.

Crews were working through the night to try to restore it.

"Let me be clear, it is not a tropical cyclone... Low pressure, it's a hole in the atmosphere and mother nature just wants to fill that hole.

"It's just air rushing into the centre and if the hole's deep enough the air's going to rush fast, and that's what we experienced."

He said the wind gusts would not be as strong today as they were last night but people still needed to be careful.

"I think the strongest winds as a whole today are going to be maybe now until about midday or so," he said.

"With all this damage that's occurred, even though the wind gusts will not be as intense, with any tree limbs or branches or debris that was kind of weakened but not completely damaged, the wind today may finish the job.

RNZ reporter Rowan Quinn told Morning Report from Glen Eden she could see a whole tree had keeled over.

"The worst I saw was a trampoline in a fence ... last night it came from the backyard of the house across the road from her, and it sort of splits out onto the road was rolling around on the road and cars were stopping while it was deciding where it was going to go."

"It's really everywhere, they say the west is the worst that's affected, but all the way out you can see."

Auckland Transport said some of its train services were affected, with its western rail service would operate between Henderson and the city, with the stops further west serviced by buses.

The Pukekohe to Papakura shuttle was also being replaced by buses.

Other services were operating but warned workers were assessing the state of the rail network and there could be delays. 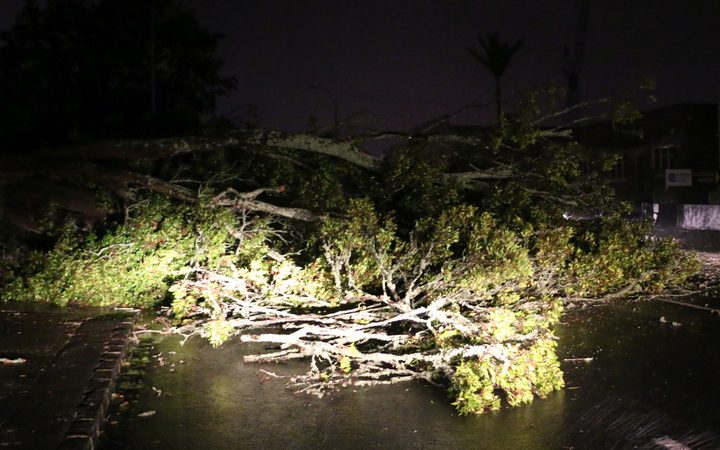 He said the worst hit area was West Auckland, which was also hit with the most power cuts.

There were also reports of damage, including a tree which came down on top of a car in the central suburb of Morningside.

One person was taken to hospital with minor injuries in that crash, but otherwise there were as yet no reports of serious injuries from the storm overnight.

Auckland Airport was forced to close its runway after it became covered in debris, affecting dozens of international and domestic flights. 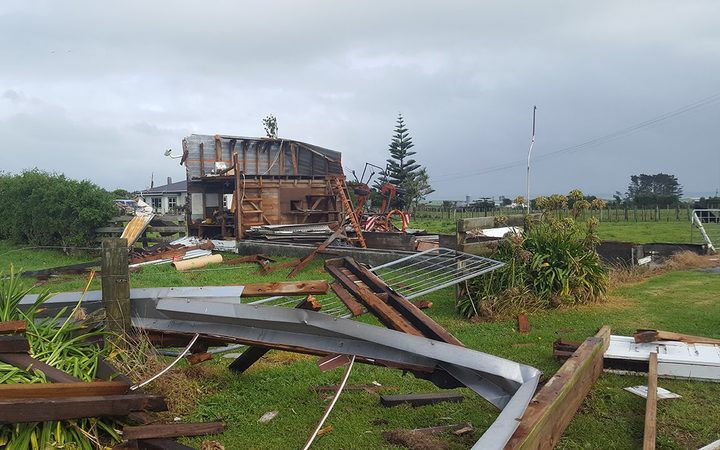 Authorities in Taranaki were also set to be assessing damage and cleaning up after a night of strong winds and bitterly cold temperatures.

About a dozen homes in Rahotū, 46km south of New Plymouth, had roofing ripped off yesterday as tornadoes tore through the town. Seven families had to be relocated.

More than 1000 homes were without power last night, after cuts to about 12,000 homes in the region earlier yesterday.

He said the worst of the bad weather was probably over, but people should still stay at home and away from windows if the wind was intense.

"I guess communities in themselves will no doubt start some of that work provided weather conditions allow for that. 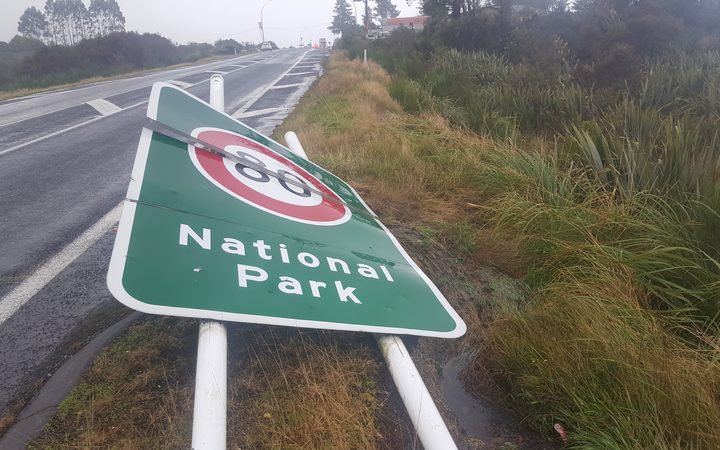 The storm tore down this road sign at National Park Village in the Central Plateau. Photo: RNZ / Andrew McRae

Some National Park Village residents of severely damaged homes in will be allowed to inspect their properties today after a tornado tore through yesterday, ripping away roofing and cutting power.

He said there was about 1cm of snow and it was snowing lightly, but that was not expected to affect recovery.

Ruapehu District Council chief executive Clive Manley said most of the cordoned off properties were holiday houses and owners would be allowed to check the damage today.

"We would initially do it under supervision just to make sure that they are safe, but some of those properties that have been deemed safe they would be accessed in with insurance or, you know, builders."

Mr Brandolino said there would be more bad weather for the country today.

"We'll have rain today, maybe some hail for the upper North Island, we'll see the winds still brisk and strong.

"Cold for everyone, I mean we'll be lucky to hit the mid tens in Auckland today."

"People down south are probably thinking they'd love to see 14 or 15 as they won't escape the single digits down across the South Island.

He said there would be a break in the wind tomorrow then another system would approach from the west again.

"Winds not nearly as strong, but the winds will become gusty again, we'll see some showers ... I do see much warmer weather coming as Sunday rolls around and for the start of the school holidays."