Hundreds of schools are hiring a private company to run lockdown drills and help beef up their emergency plans. 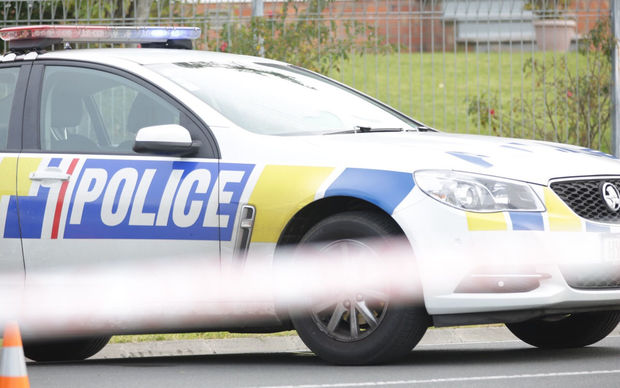 Harrison Tew - a company set up five years ago by two ex-police officers - offers a programme to help schools and educational facilities prepare for everything from earthquakes and shootings to swarms of bees.

Hutt International Boys' School had theirs on Friday.

These are two of the roughly 350 schools to use Harrison Tew's services - and the list is growing.

"We're quite close to the Rimutaka Prison, it could well be a prisoner escaping and running through.

"For the students to know what to do in that situation and not run out is extremely important and it isn't automatically clear cut how most efficiently to lock down a school," he said.

A lockdown means locking all the school's windows and doors, he said.

Students then gather in the centre of the classroom and are instructed not to use their cellphones.

Principals' Federation president Whetu Cormick said schools have a responsibility to ensure the safety of students and staff.

"With this increasing risk averse society that we live in, we're becoming more aware and in some instances hypervigilant with activities that might be happening in the community.

"At the end of the day, it's about making sure the young people are kept safe," he said. 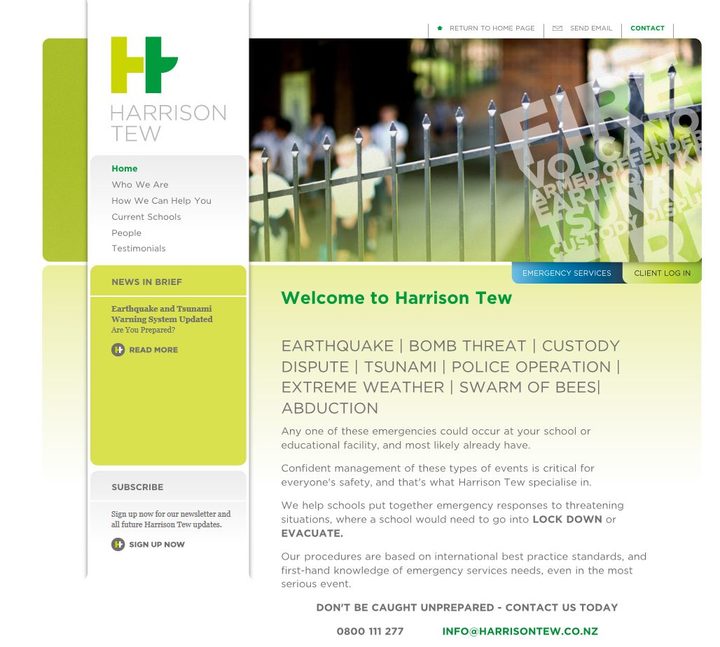 But parents of some Wellington secondary pupils say it's over the top for schools to be hiring a private company to run lockdown drills and help beef up their emergency plans.

A school parent, Tom Ackroyd, says his son had to lie on the ground for 20 minutes as part of the drill.

"I worry that it forms a kind of social anxiety ratchet.

"So students, and their families, and their communities around them have this as a background fear in their lives that something dreadful might happen at school.

"The running of these drills adds to the feeling that is always present", Mr Akroyd said.

His son told him they were doing the lockdown drill to prepare for situations like an angry dog or swarm of bees.

They didn't suggest the drill could be used if a person, with a weapon, was on school grounds threatening students, he said.

He thought it was strange, as when told the word 'lockdown', that's what he thought of.

He was concerned they were withholding that threat from students.

Harrison Tew was set up by Wade and Julia Harrison five years ago to provide emergency planning and training in schools - which they said, at the time, was not good enough.

They took into account school shooting situations when formulating training plans - although they do not offer school shooting-specific lessons - and Mr Harrison said he did not anticipate something like that would happen here.

"I guess the way we've tailored it is, that we want to have the ability to deal with the worst case and then deal with everything else below that.

"Once that's completed, we then have an ongoing relationship with the school, we'll keep in touch with them, or if there's events that have occurred, they can contact us for advice, or we can support them if we need too and then if they'd like more training, that's something we can provide as well", Mr Harrison said.

Harrison Tew said it charges a one-off fee of between $2000 and $6000 to do training at a school - plus an annual fee which it would not disclose except to say it was lower than the initial charge.

The company had approached the Ministry of Education to discuss the work it was doing - but were told individual schools were responsible for their own emergency plans, Mr Harrison said.

RNZ asked the Ministry how much schools were spending on Harrison Tew and whether it knew of other private companies also offering lockdown training, but it said in a statement it did not hold that information.

It said emergency planning in schools was not new and schools were able to seek whatever assistance they considered appropriate.

"Schools are in the best position to identify what assistance they need. If they need our advice and support beyond the guidelines we provide they are welcome to ask," the ministry said.

Neither the Education Ministry nor the police could give figures on how many lockdowns there have been in New Zealand schools.