An Australian company is hitting back over the major safety questions raised in New Zealand about aluminium panels used to clad the outside of high-rises. 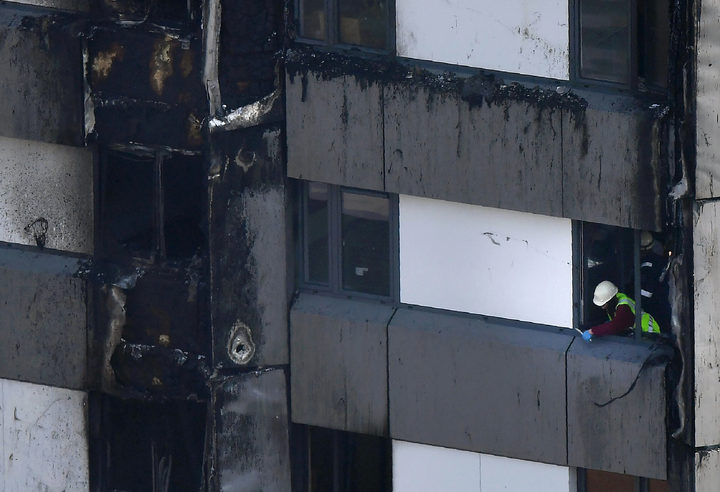 Certmark of Queensland said it had proved its certificates were good enough and a top fire engineer should not have faulted them.

In a report leaked to RNZ, Melbourne engineer Tony Enright called for six of Certmark's certificates covering the majority of aluminium composite panels (ACP) used in this country to be suspended.

Certmark said that once it got Dr Enright's report late last year, it immediately asked the manufacturers of the 13 types of panel he faulted the certificates for, to retest them to find out how much combustible polyethylene was in them.

"To date all of the ones that have been retested have had a lower percentage than 30 percent which basically makes them ... a non-combustible material," chief executive John Thorpe said.

"And even Dr Enright commented on this, that if these products are less than 30 percent PE [polyethylene] they pose no hazard, there is no chance of spread of flame."

He would not release the test results to RNZ, saying they belong to the manufacturers.

RNZ has asked the Ministry of Business, Innovation and Employment to release them.

The composite panels in question are called FR or fire-resistant panels; they have much less highly combustible polyethylene in them than the ones that fuelled the fatal Grenfell Tower fire in London last June.

However, generic FR panels did burn too fast and failed British standards in UK government testing, when they were put on a wall that contained combustible insulation.

The trustworthiness of the system in New Zealand for making sure risky products aren't being put into buildings has been a matter of acute questioning for two years, since dodgy steel and other products came to light.

Mr Thorpe, in defending his certificates, initially told RNZ that, after the Enright report, extra tests had been done on the panels to a stringent new Australian standard, using actual fire.

However, that hadn't happened yet.

"No, only because the labs are so busy."

Dr Enright had faulted the Certmark certificates for lacking supporting information, such as fire engineering evaluations.

"His report was flawed in that he didn't evaluate all of the evidence that was on file and in particular he overlooked the fire reports ... from the New Zealand ... chartered fire engineer," Mr Thorpe said.

In New Zealand, certificates were still typically just a page long, but tighter rules brought in post-Grenfell in Australia had bumped them up to 15 pages long.

"Because the Codemark scheme in Australia has undergone a very large review, been strengthened up dramatically ... it's a much more robust system.

"The Australian Building Codes Board has been very quick to move, but we're still waiting for directions out of MBIE on what they plan on doing with ACP panels in New Zealand."

CodeMark was developed jointly but products must be certified separately because of differences in the two countries' building codes and conditions.