Northland's going to need better detours and bigger culverts if road transport is to keep up with climate change, the council's chair is warning. 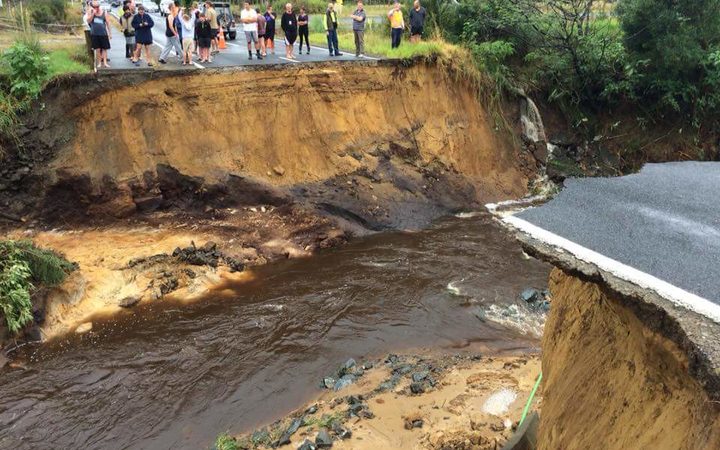 A large culvert was installed to repair the washout of the road. Photo: RNZ / Supplied

Northland Regional Council chair Bill Shepherd said that was the conclusion he had come to after one of the wettest summers on record.

A washout on the road to Cape Reinga last week after a tropical downpour caused flooding was just the latest in a series, he said.

The road to Cape Reinga reopened on Wednesday after repairs to the 20-metre washout.

Mr Shepherd said the huge culvert that had been installed should prevent any repeats there, but that left all the other roads and drains that were designed years ago when weather patterns were different.

The usual tourist route to the Bay of Islands also remained blocked by a big slip brought down in a February downpour. A detour was in place through Puketona on State Highway 1.