An Air New Zealand international flight has had a near miss after a drone came within five metres of it coming in to land at Auckland Airport. 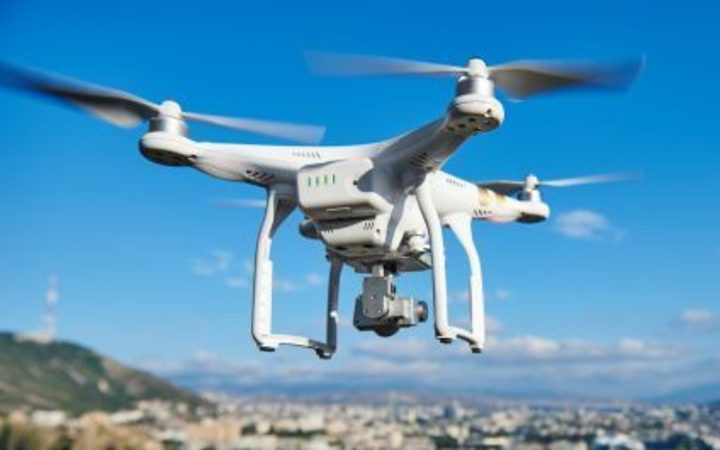 The airline said pilots on board a flight from Tokyo on Sunday afternoon spotted the drone during its descent and it came so close to the plane they were concerned it may have been swallowed up by the engine.

Its chief operations and integrity standards officer, David Morgan, said the near miss put the flight's 278 customers and the crew at risk.

"NZ92 was just metres away from a serious incident on Sunday. The pilots spotted the drone at a point in the descent where it was not possible to take evasive action."

It was the second drone incident at the airport in a month with flights suspended for half an hour in early March after a drone was spotted in controlled airspace.

Mr Morgan said serious incidents were on the rise and there needed to be harsher penalties to make drone users more aware of the rules and the potential consequences.

"It's clear the time has now come for tougher deterrents for reckless drone use around airports to safeguard travellers, including imposing prison terms in the case of life-threatening incidents."

In a statement, it said improving users' awareness was the best way to prevent further incidents.

Director of Civil Aviation Graeme Harris said the authority would be running a digital media campaign in the coming months to raise awareness of the rules.

"There is no excuse for anyone flying a drone near an airport without authorisation or in the flightpath of aircraft. Such action is hugely irresponsible and is the height of stupidity."

"Rules are in place. We need to ensure more people know what they are and how to behave in sharing the sky with other airspace users, including general aviation and commercial aircraft."

He said while significant penalties were in place, a review of current drone rules was nearly complete.