A serious collision between a drone and an aircraft is imminent if drone regulation is not enforced soon, the Air Line Pilots' Association is warning. 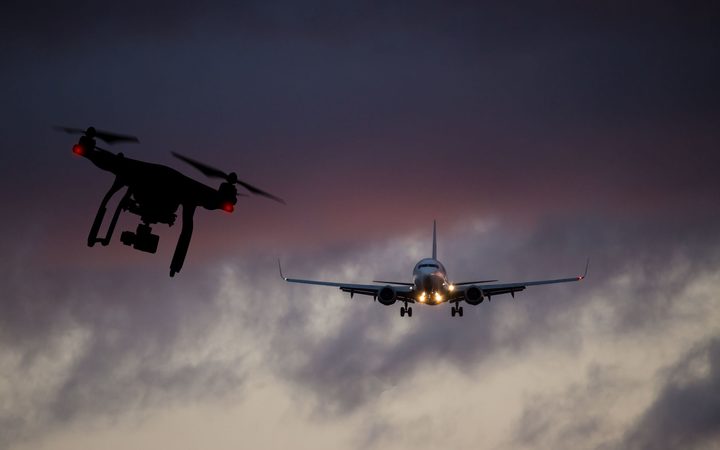 Air Line Pilots' Association president Tim Robinson said a drone that flew into uncleared airspace put lives at risk and it should be mandatory that they are registered with the Civil Aviation Authority (CAA).

"That enables then the CAA to track and monitor drone pilots and also more importantly to be able to target information and education to those pilots, so they've got ready access to what the rules and regulations are in relation to the operation of their drone."

He said Australia and the United States required drones to be registered and New Zealand needed to follow suit.

Mr Robinson also said some drone pilots should be made to sit a license.

"We'd like to see drones greater than 25 kilograms have a formal licensing standard so that we know those drone pilots meet a certain level of competency and also that their drone is airworthy to fly in our airspace."

He said it was luck that a drone had not caused any serious damage in New Zealand yet.

"There have been incidences in the United States and Canada where there has been collisions between drones and light aircrafts, and drones and helicopters, and they've been catastrophic collisions."

"The incident at Auckland Airport really highlights that we've now got an urgency to try and improve things.

"We are going to see much more of these types of incidents, including [yesterday's] which disrupted many people's plans and could have been so much worse, unless the Civil Aviation Authority heed our call for better education of drone operators."

In February a man was ordered to forfeit his drone after flying it near fire-fighting helicopter pilots near Wanaka.

Crews were forced to ground and the fire burned up to an extra 10 hectares of scrub and tussock in that time.