A man has been ordered to forfeit his drone after being sentenced for endangering the lives of fire-fighting helicopter pilots near Wanaka early last month. 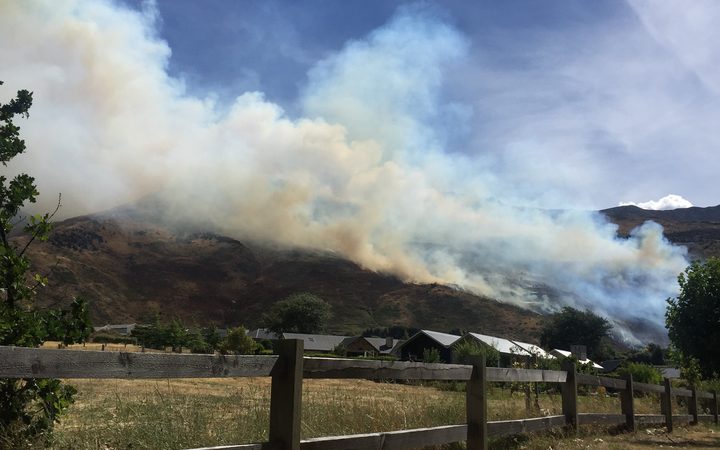 Jorge Riquelme-Cruz, 33, admitted a charge under the Civil Aviation Act of operating an unmanned drone in a manner that caused unnecessary danger to the pilots and their helicopters.

Seven helicopters were being used to fight a fire on the slopes of Mt Roy, but were grounded when the drone was spotted in the vicinity.

The court heard that two hours of helicopter time was lost and the fire burned up to an extra 10 hectares of scrub and tussock in that time.

Judge Kim Saunders refused a request for a discharge without conviction, saying the offending was simply too serious.

The drone flew as close as 50m to one helicopter and there was a genuine risk of a catastrophic collision, she said.

Judge Saunders said the helicopters were operating to a strict flight plan which involved dumping water and then losing height quickly, increasing speed and flying down a steep gully.

The drone was spotted immediately above the gully and seen there for a few minutes.

Riquelme-Cruz claimed that he thought he was operating the drone at a safe distance but accepted he made a mistake.

He wrote a letter of apology to the fire-fighting crews, saying he regretted acting irresponsibly.

Judge Saunders had wanted Riquelme-Cruz to pay reparation of $4000 or serve 200 hours of community service, but he did not have the money and his 12-month holiday work visa expires next week.

Riquelme-Cruz had wanted a discharge without conviction because any conviction could affect his ability to travel into other countries, particularly Canada and the United States.

Judge Saunders told him that all offenders before New Zealand courts were treated equally.

She acknowledged the fact that Riquelme-Cruz could not pay reparation and immigration requirements meant he needed to leave the country.

Judge Saunders accepted that the forfeiture of the drone, valued at $1700 was a practical solution and would go some way towards recompensing the costs of the grounding of the helicopters.