Firefighters tackling a large blaze on the outskirts of Wanaka are dreading a looming thunderstorm expected to hit the area this afternoon. 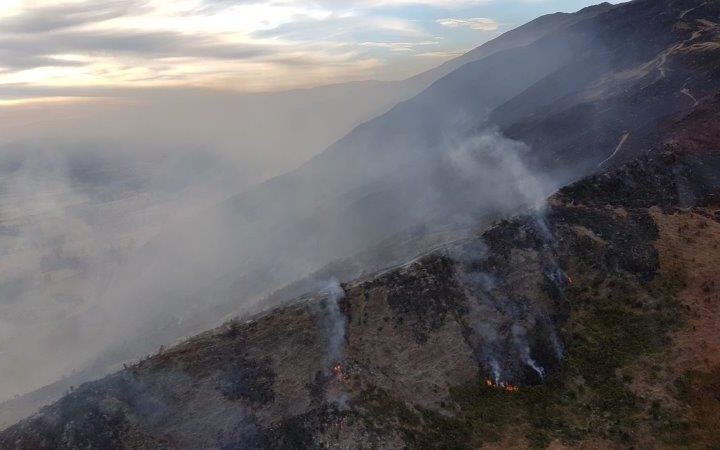 The fire on Mount Roy this morning. Photo: FENZ

Firefighters and helicopters have beentrying to tackle the 200-hectare blaze, which broke out on the slopes of Mount Roy just before 3pm yesterday.

Principal rural fire officer Graeme Still said a thunderstorm warning had been issued for the area, which could have a big impact on fire fighting efforts.

He said fires could behave erratically when the weather suddenly changed, especially when the conditions were dry.

"It gives me a bit of dread ... it will create erratic fire behaviour."

Mr Still said the thunderstorm was also unlikely to bring any rain, which would help dampen down the "tinder-dry" hillside.

"I doubt we are going to get any rain with it, we don't see any on the horizon," he said. "We need quite a bit of rain ... an inch would be nice to kick things off."

He said some rain was forecast for tomorrow afternoon, but not enough that was needed.

The thunderstorms are expected to hit this afternoon.