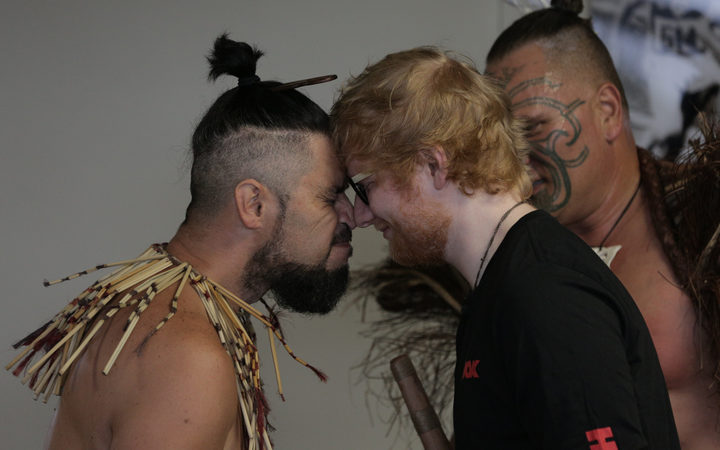 Ed Sheeran was welcomed with a pōwhiri performed by the kaiHaka group. Photo: RNZ/Dan Cook

Sheeran plays the first of his three Auckland shows at Mount Smart Stadium tonight, before his trip south.

He told RNZ he's played Auckland, Wellington and Christchurch before, and he tries to make an effort to get to places that doesn't often see international artists.

"I live in a place called Ipswich in England and no one ever comes there - we had Elton John and the Red Hot Chilli Peppers and that's kind of it," Sheeran said.

"I really like going to places that people don't usually tour, because I know when I was a kid going to gigs how exciting it was that Elton was coming to town or something." 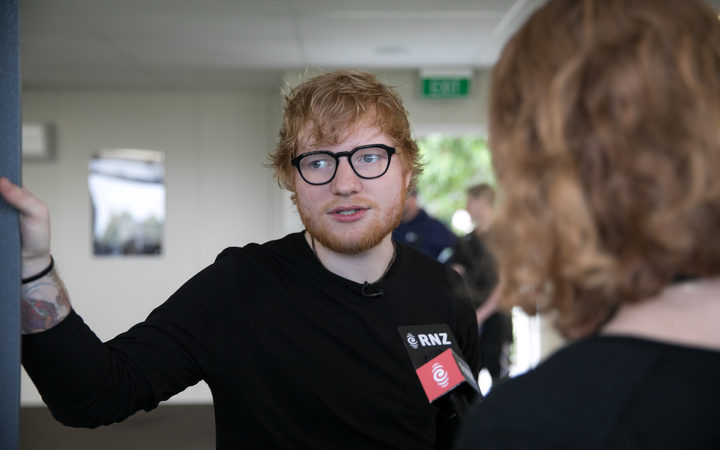 Sheeran said there were other places he'd like to play around New Zealand, but he said Wellington was one of his top three cities in the world.

While he wasn't playing a show in the capital this time, he said he was going back for a visit.

This is Sheeran's sixth trip to New Zealand, but today was the first time he had received a pōwhiri. 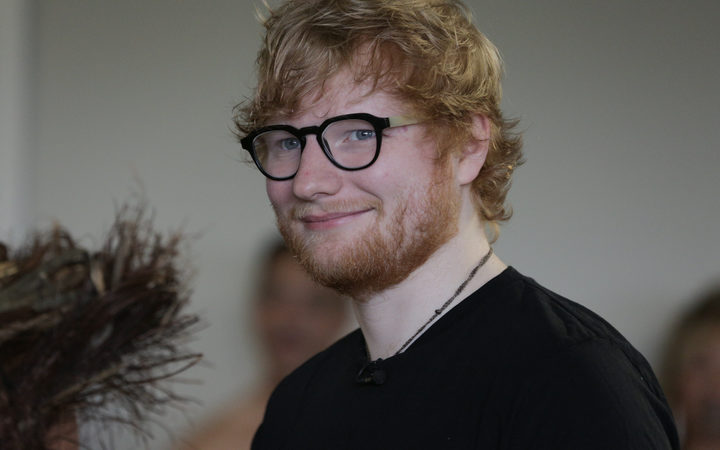 Before his first show at Mount Smart Stadium tonight, Sheeran was welcomed with a pōwhiri performed by the kaiHaka group.

Sheeran almost started off on the wrong foot - he said "hey" and was about to bound into the room, before he was held back.

Sheeran wasn't sure why he'd never had a pōwhiri here before.

"It was mostly when we were in Australia, I usually always have a welcome to country ceremony every time we go to a city. I was just like, why have I never done it in New Zealand before?" 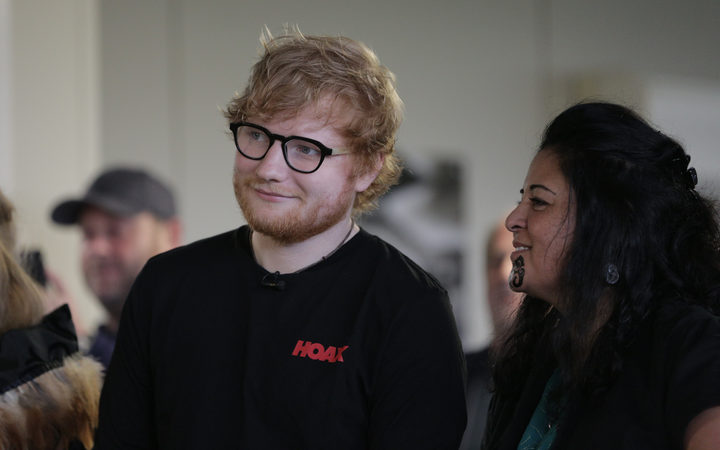 Sheeran wasn't sure why he'd never had a pōwhiri here before. Photo: RNZ/Dan Cook

Eru Rarere-Wilton from kaiHaka said it was a bit disappointing Sheeran didn't perform a waiata as part of the pōwhiri, but he said he understood why Sheeran wanted to save his voice.

In Auckland, concertgoers were being urged to take public transport to the stadium, because road closures and parking restrictions would be in place.

With wet weather forecast, they are also being reminded to take jackets and ponchos, rather than umbrellas, which aren't allowed in the venue.

The weather has also meant Ed Sheeran concert organisers were forced to make changes to the concert set up.

In a statement, Frontier Touring said all three Auckland concerts will be affected with necessary adjustments made to the staging and screens to ensure the safety of the audience.

There were just a few tickets left for tonight's show.