When it comes to Ed Sheeran there are two positions: passionate defence, as exhibited by millions of devoted ‘Sheerios’, or intense vitriol. Those who hate Ed do so with a venom that makes little sense given their biggest complaint is his “consummate unexceptionalism”. The most offensive thing about him, it seems, is his inoffensiveness.

This month Ed will play three shows each in Auckland and Dunedin as part of his Australasian tour, which has now sold a record-breaking one million tickets. 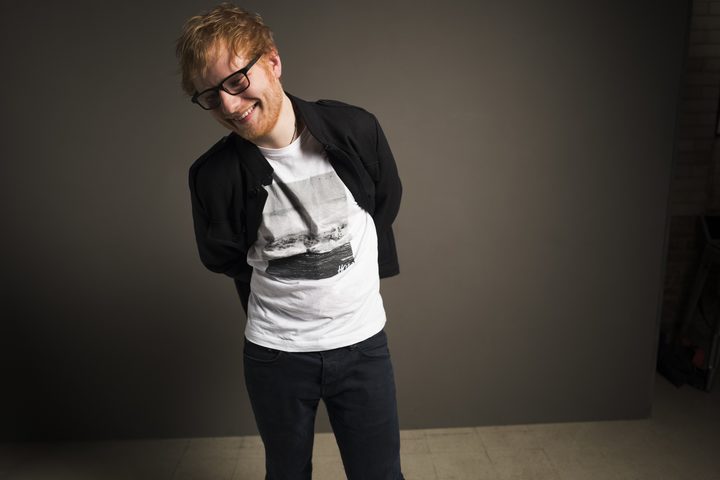 Google Ed Sheeran and, once you get past the outcries over the mural in Dunedin, you’ll find: Ed donating his guitar on behalf of a terminally ill little girl. Ed gushing about his fiancé. Ed and problematic BFF Taylor Swift affectionately mocking each other on a couch. Ed snogging host Keith Lemon and dancing with naked pensioners on Celebrity Juice.

When I spoke with a group of 19 and 20 year old Ed-heads on messenger, his ‘down to earth-ness’ was the first thing they mentioned liking about him. “He’s not image obsessed,” said one, “He isn’t fake like a lot of modern artists are, what you see is what you get!” added another. Even the eternally salty Noel Gallagher, after saying Sheeran’s music was “vastly overrated”, felt the need to add he had a “heart of gold”.

Sheeran’s songs are full of nice guy-isms: “Settle down with me, cover me up, cuddle me in” and “I’m in love with your body” and “Take me into your loving arms”. He’s not winning any prizes for originality, but he is saying the kinds of things straight women have been quietly hoping they might hear from the men they love since forever. No wonder they’re all turning to Ed for comfort.

Then there are those who think Ed Sheeran’s niceness is too much. That he’s soft and unoffending - 'Ron Wesley’s musical cousin' or 'the Jamie Oliver of Rock n Roll' (thanks Nick Bollinger for that one). But - and ‘scuse me while I get serious for a moment - we live in a world where demonstrations of sexual assault and harassment perpetrated largely against women by men come to light daily - and we’re hating on a dude because he’s “unthreatening”? It’s almost as if there’s a socially accepted model of masculinity that encourages men to be angry, dominant and unemotional and punishes vulnerability and sensitivity.

Those who would bed Ed love his music because it’s simple, it’s catchy, and his songs tell stories. It’s “all about his voice not other fancy effects,” said one. “On stage it’s just him and his guitar entertaining thousands of people,” said another.

He’s also ridiculously good at conveying emotion with his voice. There are Ed Sheeran songs I can not listen to without crying (trust me, I’ve tried.). My workmate, who famously didn’t cry in The Lion King or when her children were born, teared up when I made her listen to 'Small Bump'.

Nadia Reid loves to cry to Ed. Tami Neilson tried really hard not to but still succumbed. He is adept at taking something that is universally felt and making the universe feel it too; something songwriters all over the world strive for with their writing.

I’m a writer - I can’t ignore the bad lyrics. As pointed out by Dunedin musician and One Direction scholar Millie Lovelock, Ed Sheeran has penned some clunkers for the boyband. In 'Over Again' he wrote: "I can make your tears fall down like the showers that are British” and then, as if competing with himself for worst lines ever written in a song: "Now she's feeling so low/ since she went solo/ hole in the middle of my heart like a polo” [the mint]. 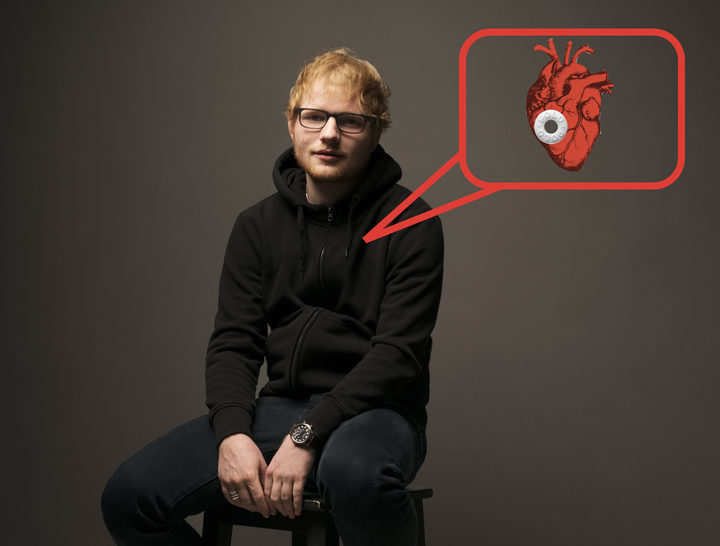 In his own song New Man, Ed disses his ex’s new boyfriend for having “his eyebrows plucked and his asshole bleached” and wearing a man bag (“but I call it a purse”) before turning his attention to the girl, whingeing about how she used to sit by the water reading but now she’s “eatin' kale, hittin' the gym keepin' up with Kylie and Kim”.

The only thing douchier than a dude who owns “every single Ministry CD” is the ‘nice guy’ who bemoans a life spent stuck in the friend zone as if being passably respectful to women entitles him to their bodies.

There’s another side to Ed many of his fans either haven’t seen or intentionally overlook because it compromises their idea of his nice-guy-who-bumbled-his-way-onto-the-stage-with-his-heartfelt-love-songs. He is incredibly driven. In the documentary Songwriter, shot by the singer’s cousin Murray Cummings, Ed says: “If you don’t want to be bigger than Adele you’re in the wrong industry. I don’t want to be the male Adele. I want to be Adele.”

In his review of the film, The Guardian's Jonathan Romney describes a songwriting session where Ed unleashes a “foghorn rasp… and you think he’s in touch with some deep inner demons” before he stops and quips “There’s that pain right thurr,” with a big, dopey grin. Ed is on the record as having written the song 'Perfect', from his latest album ÷ (“Divide”), with the express purpose to out do his biggest hit 'Thinking Out Loud'.

In the end, there are much worse things in the world than Ed Sheeran: a musician who connects, especially with young people, communicating emotion in a way that makes people feel less alone, who models respect and kindness, and who seems to have a fairly grounded sense of self.

My husband is a musician and guitar teacher, and he teaches more songs by Ed Sheeran than any other artist. You’d think he’d be sick to death of his music, but he isn’t. He likes Ed Sheeran for the simple fact that he inspires so many young people to get into music.

Kids who are awkward or heartbroken or no good at maths or sports find a home in Ed Sheeran’s songs. Many of them won’t love him forever - most of the young fans I spoke with confessed they preferred Ed’s older material than the new stuff - but if he’s their entry point into a love affair with music, then perhaps Ed Sheeran gives more to music than the critics would give him credit for.