The Rail and Maritime Transport Union has taken their industrial action to the homes of directors of the Lyttelton Port Company. 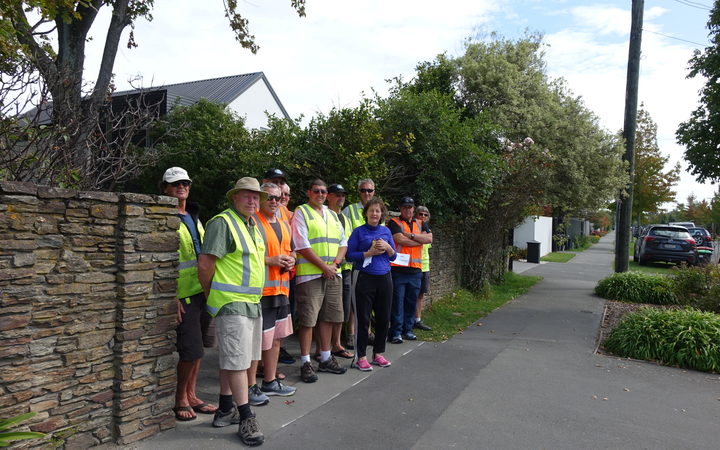 Members of the Rail and Maritime Transport Union and supporters distributing leaflets outside the home of one of the directors of the Lyttelton Port Company. Photo: RNZ / Supplied

The industrial action is to continue until 25 March.

Rail and Maritime Transport Union organiser John Kerr said the union members were doing leaflet drops in the streets of the directors of the Lyttelton Port Company.

The leaflets informed people that a Lyttelton Port Company director was one of their neighbours. It also said the port company is embroiled in a dispute with the RMTU.

The leaflet said talks broke down over the failure by management to factor fatigue management into hours of work changes in the Container Terminal, and a low offer of compensation for staff to shift to a new roster.

One of those distributing the leaflets was union member Bruce Baldwin, who said the leaflets had been well-received by those he had encountered, who were interested to find out what the dispute was about.

"People that live in these leafy street don't really have an idea of what's going on in the industrial world.

"We are expected to do 24/7 shifts for the whole year. My colleagues here will be unloading ships on Christmas day and New Year's day while these people will be having tennis parties and having pretty good times with their families."

The Lyttelton Port Company has said it has no comment.