Wanaka will welcome home its Winter Olympics heroes with a street parade on Thursday. 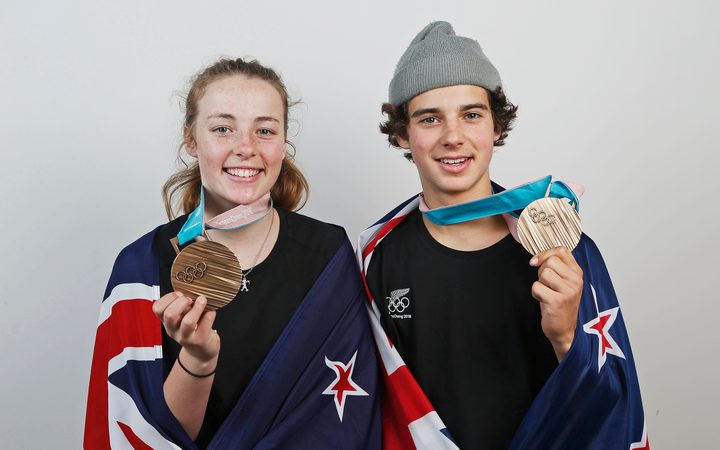 Wanaka locals Zoi Sadowski-Synnott and Nico Porteous, both 16, captured bronze medals in their respective events last week at the Winter Olympics in Pyeongchang, in South Korea.

The medals were New Zealand's first since Annelise Coberger won silver for alpine skiing in 1992.

Sadowski-Synnott and Porteous returned to New Zealand today, and will make their way home tomorrow where they will be greeted at Queenstown airport by the district's deputy mayor Calum MacLeod.

Queenstown Lakes District Mayor Jim Boult said a civic welcome for the successful pair would be held on Thursday afternoon.

"The parade is straight after school so we'd love as many people as possible, especially kids, to come along and show their support for our inspirational young athletes," Mr Boult said.

"Of course behind individual brilliance is a huge team effort.

"On behalf of the whole district I would like to congratulate Zoi and Nico for their awe-inspiring performances as well as all the other athletes - some of whom came so close to Olympic medals - coaches, support staff, friends and families who have contributed to a wonderful team performance."

The athletes would remain at the Cardrona office after the parade to meet members of the community, sign autographs and show off their medals.

The Queenstown Lakes District Council said large numbers were expected at the parade and people were encouraged to leave their cars at home and walk or bike to the event.