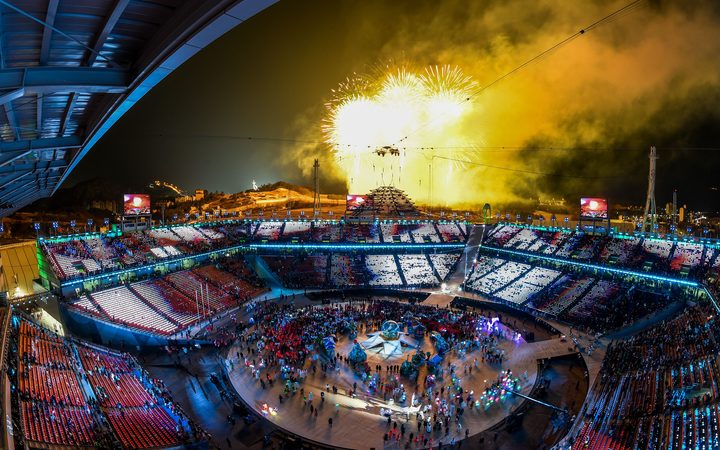 Fireworks at the end of the closing ceremony of the Pyeongchang 2018 Winter Olympic Games. Photo: AFP

About 25 New Zealand athletes and officials marched in the ceremony.

IOC President Thomas Bach closed the games with a tribute to the athletes, and called on them to meet again in four years.

New Zealand was 26th on the table with two bronze medals.

The closing ceremony was attended by the American President, Donald Trump's daughter, Ivanka, as well as a delegation of North Koreans.

North Korea's delegation to the games was led by a controversial general, Kim Yong Chol.