The defence case for the man accused of abducting a young woman and taking her to a quarry outside of town essentially boils down to a number of coincidences. 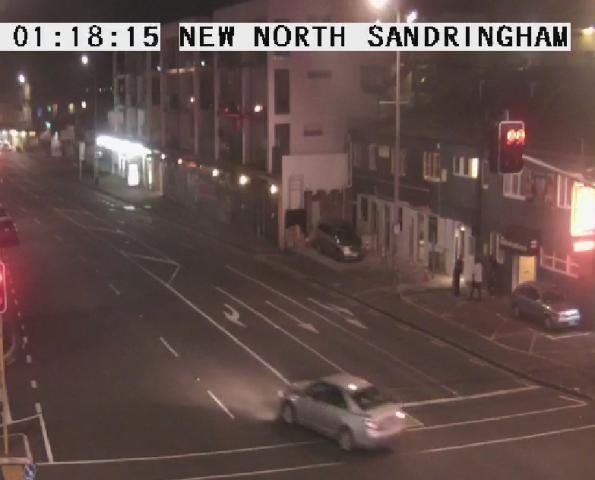 The police have released details of a new sighting of a car in connection with an attack on a woman in a Riverhead quarry. Photo: Supplied / Police

Colin Jack Mitchell gave evidence in his own defence today at the High Court in Auckland.

He's on trial, having denied charges of kidnapping, causing grievous bodily harm and assaulting a woman with intent to sexually violate her.

The Crown said Mr Mitchell left his Onehunga flat late at night in his Ford Mondeo and picked up a young woman who was drunk.

Instead of dropping her home, he drove her 25km out of town to a quarry in Riverhead where he hit her with a weapon and tried to sexually attack her.

Today the 59-year-old truck driver told the court he had been watching a movie on television and playing cards on his computer before leaving his home to get some relief for his swollen legs, just one of his injuries, caused in a workplace accident six years ago.

"[In] late May 2011, I got crushed by a 780kg coil. Well, it gave me an open book break on my pelvis, broke all my ribs, my leg, lacerated the spleen, punctured the lungs. I ended up in hospital, not allowed to move for about 15 weeks."

He said he would often bathe his legs at Onehunga wharf to soothe the swelling.

But under cross-examination from prosecutor Kirsten Lummis, Mr Mitchell was asked why his cell phone was polling off a cell phone site in the Riverhead/Kumeu area.

Mr Mitchell said he could not explain that because he was in Avondale at a park.

Ms Lummis asked what he did when he got to the park.

Mr Mitchell responded: "I just relax, put my feet up. If there's sand there, I just kind of take my socks off and kind of go through the sand. It helps with circulation in my legs."

Ms Lummis: "Are you saying there's sand at these parks?"

Mr Mitchell: "Some of there is, some of there isn't. The one at ... there's one in New Lynn, they used to have sand there and they took it out. They've got bark there, I think, it's where the swings are."

Ms Lummis: "So that wouldn't be very comfortable on your feet, I take it?"

Ms Lummis: "So you wouldn't spend much time rubbing your feet through bark?"

Ms Lummis was not convinced by his answers.

"Mr Mitchell, I suggest you're not sure because it's all a pack of lies, isn't it."

Mr Mitchell responded: "No it's not."

Ms Lummis: "You weren't at some park in Avondale because you were in Riverhead."

Ms Lummis also asked questions about CCTV footage that showed a car the Crown said was his Ford Mondeo captured on security cameras in town - close to the scene of the abduction.

He agreed the car looked similar to his but when it came to the car captured on cameras leaving the quarry, Mr Mitchell said he could not be sure.

The Crown said Mr Mitchell left his gloves at the crime scene. A DNA scan of the gloves was a match to Mr Mitchell.

But Mr Mitchell said he tried on a pair of gloves while shopping at the Warehouse. He wore them for about a minute but put them back because they were too thick to tie ropes with at work and were expensive.

Ms Lummis responded: "I suggest that this is just a story that you've made up, Mr Mitchell, to explain how your DNA came to be on those gloves in the quarry?"

Mr Mitchell: "No it's not. I try other things on in the Warehouse. I try jackets on. I try t-shirts. Well, not t-shirts but shirts. They've got changing rooms there, to see if they fit."

The jury is due to hear closing addresses from the Crown and defence tomorrow.