For five days, the South Island town of Takaka in Golden Bay was utterly cut off from the rest of the country. 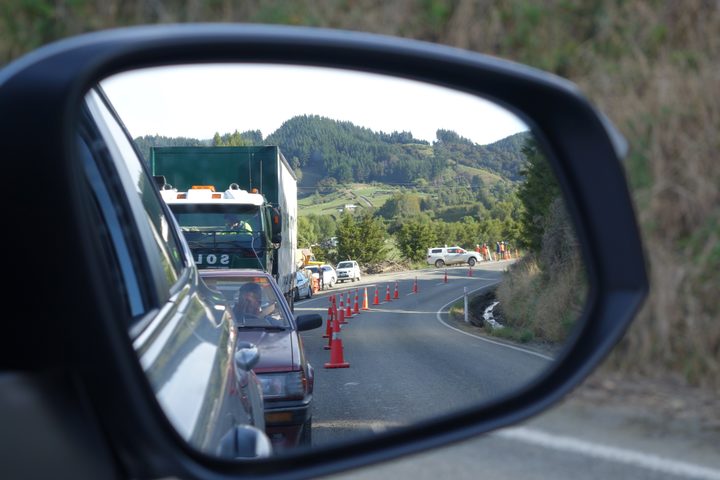 State Highway 60 - the only route connecting Takaka with Nelson - was ravaged by Cyclone Gita, which brought dozens of slips crashing down onto the road.

But yesterday the Takaka Hill Road opened for the first time since last Tuesday - and first thing's first: it's in bad shape.

Large patches of the hillside are naked - the vegetation that covered them stripped away to reveal raw earth.

Great mounds of thick, wet dirt sit in piles as you make your way around the windy bends.

Crushed rocks stretch down steep slopes like a petanque court made for giants, while huge boulders plucked from the hillside form a makeshift fence around one particularly treacherous bend.

But it's a road: a functional road that gets you from point A to point B - and for these people, that's all it needs to be.

First up were the freight trucks, ferrying tonnes of supplies to the town - and then came everyone else.

The Transport Authority is hoping to have the road open to towing vehicles for the first time tonight.

American tourist Anne was heading to Takaka to start phase two of her dream holiday when the cyclone hit.

"We have friends in Golden Bay and we booked a place at a wonderful sheep farm. I've had that reservation for six months - they're very hard to come by. So I'm just crossing my fingers.

She says being stranded has been deeply frustrating

Hans and Caroline Bauer were forced into a spontaneous holiday by the storm. 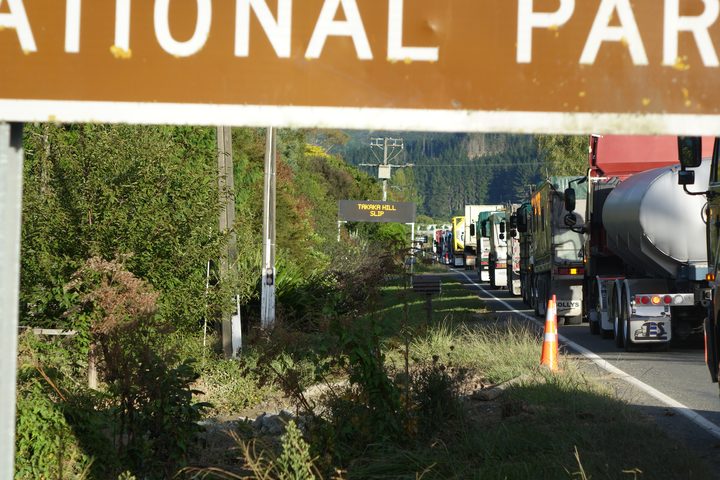 "[We stayed in] Kaiteriteri. The camp - Bethany Park", Hans said.

"We had our tent and sleeping bag. Just in case."

But some in Takaka enjoyed the seclusion.

A German tourist, Chris, who's been in Takaka for more than a week, reckoned he might stay another night.

While a Swiss tourist, Will, said Takaka was definitely in his top 10 places to be stranded.

"I mean, there's worse places to get trapped than Golden Bay - so it's all good."

About 1,000 vehicles made the trip over between nine and five yesterday - 750 of them within two hours of the road opening.

The Transport Agency's South Island systems manager, Frank Porter, said getting the road open so soon was a monumental effort given the scale of the task.

He said nearly 20 diggers, loaders and trucks were working full daylight shifts to get the path cleared.

But in languid Takaka it was a different story.

Nick Josephs, who was slinging back a pint at the local pub, said most people were prepared for extreme weather.

He said most locals only went across the road once a week, and it was business as usual in the Bay.

The road will open for an hour at 7am and 5pm every day for the rest of the week.