About 1000 vehicles made the trip over the re-opened Takaka Hill Road today, mostly heading from Takaka to Nelson, the Transport Agency says.

The first convoys of cars and trucks arrived in Takaka this morning after it was cut off earlier this week by Cyclone Gita, which lashed the top of the south island. 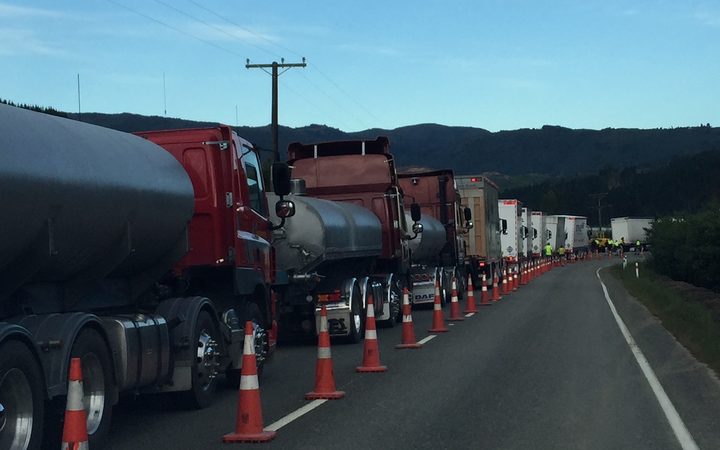 A convoy waiting to to head over the Takaka Hill this morning. Photo: Supplied / NZTA

State Highway 60 between Riwaka and Takaka was closed by slips and debris.

SH60 is the only route in and out of Takaka and effectively left more than 6500 people stranded.

A long, snaking line of freight trucks, stranded Takaka residents and tourists left Riwaka for Golden Bay at about 9.15am. 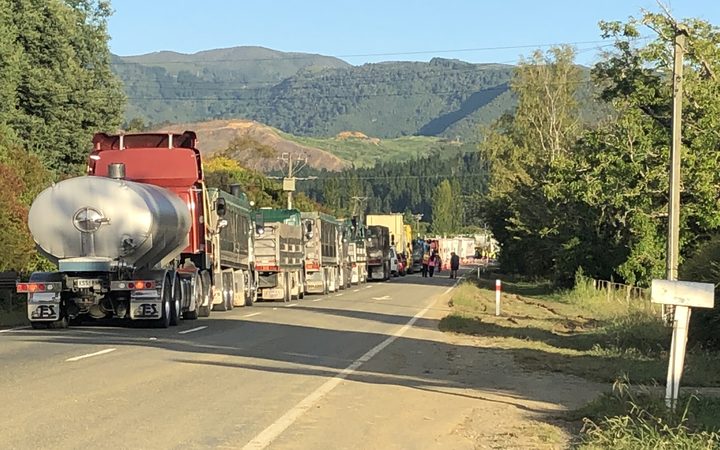 RNZ's reporter at the scene, Emile Donovan, said about 100 people lined up in Riwaka, including about 40 to 50 cars, to take the trip.

Smashed trees, gigantic mounds of dirt and broken rocks line the road over the hill.

Despite the conditions it was a smooth ride, with passing lanes allowing travel in both directions, and delays - from the Golden Bay end, at least - appear minimal.

There was no queue waiting to head back towards Riwaka.

The road has now closed again but will re-open at 7am tomorrow morning to allow Takaka people to travel to work.

It will then be closed again for repairs, but will re-open in the evening to allow people to get home. 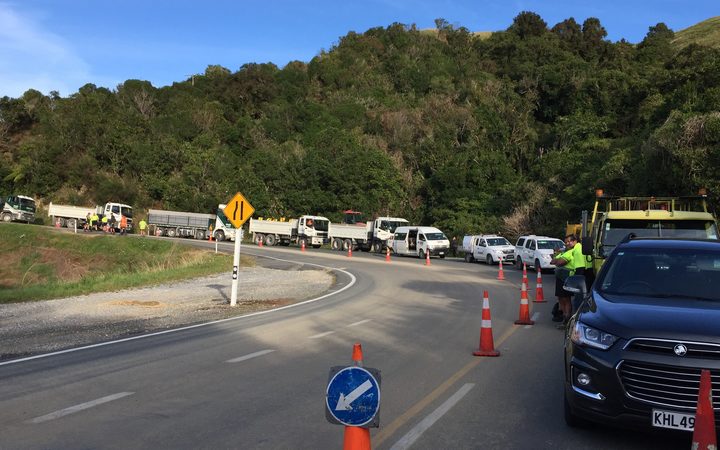 The Transport Agency said there would be restricted, single-lane access over the hill, with all travel under escort, in convoys, and with strict safety controls.

The agency said priority would be given to essential vehicles and those most urgently needing to get in and out of the Golden Bay area.

US tourist Warren was in line to get over the hill.

He said when the cyclone rolled over the country he headed to Christchurch, and now wanted to get back to Golden Bay so he could pick up his things.

"I've got my car, my boat, my fly-tying equipment, all my fly fishing gear - everything is there."