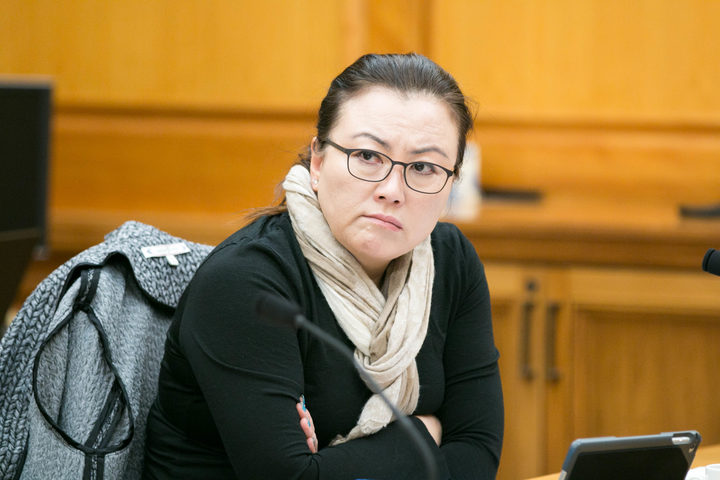 The firm - which provides legal services to the Government - is under scrutiny over serious allegations levelled against two senior lawyers two years ago.

Police were involved but no charges were laid, and the men no longer work at the company.

National MP Melissa Lee raised the matter at the Ministry of Business, Innovation and Employment's annual review at Parliament on Thursday morning.

"Is MBIE aware of anyone who was under investigation at Russell McVeagh who may have undertaken contract work for the government before they left the firm?"

MBIE chief executive Carolyn Tremain said she personally was not.

Ms Lee then asked whether a company "that has had serious sexual misconduct allegations against their employees" was suitable for government contracts.

Ms Tremain again said she wasn't aware of the individuals concerned, but would "certainly check" whether any action had been taken.

"As we become aware of issues, we do seek verification of those issues and we take action where it's appropriate and within the contract we have with those organisations."

MBIE general manager of government procurement John Ivil said, as far as he knew, no questions had been asked of Russell McVeagh

"We haven't had issues raised to us - that I'm aware of - from [government] agencies yet. But we will be following up with the agencies around that."

"Do you think considering the mass attention... that you will be following up very quickly?" Ms Lee said.

"We will be following up," Mr Ivil said.

Minister for Economic Development David Parker had not given MBIE any instruction on the matter, Mr Ivil said.