A state of emergency has been declared and homes evacuated as ex-tropical cyclone Gita rumbles over the Buller District.

Mayor Garry Howard issued the emergency notice shortly before 5pm and said 12 homes at Granity, north of Westport, were being evacuated.

Earlier in the day fire crews travelled from Hokitika to Granity to meet the demand of weather-related callouts.

Fire and Emergency assistant area commander Stephen Butler said people should evacuate their properties if they could.

He said the fire station would be used as a welfare centre, with four Red Cross support crews helping.

Schools in the Buller and Grey Districts were closed and Stockton Mine near Westport, which employs 230 people, had been evacuated.

NZTA said the main road further south SH6, the coast road from Westport to Greymouth, had been closed due to flooding and strong winds. The agency said it would remain closed until at least 9am tomorrow.

Howard earlier warned residents to stay at home, with schools closed and generators being brought in to the region ahead of Gita.

A spokesperson said residents were urged to prepare for gale force southeast winds up to 150km/per/hour and all precautions should be taken to secure loose iron and awnings. Council staff and emergency workers were being deployed across the district.

Rainfall totals were expected to be in the range of 90mm to 120mm.

Brenda Larsen in Granity said she and her husband would be staying put at their beach front property for the time being.

"Sitting watching the waves," she said. 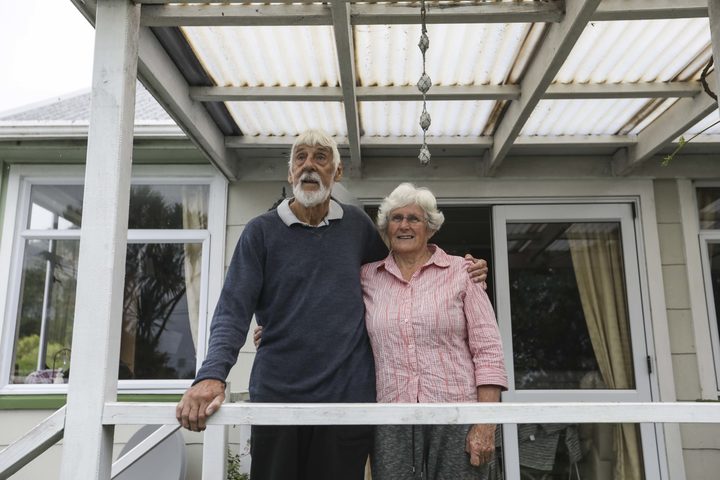 "I actually find it quite exhilarating, you know, storms. So many precautions have been made around the district that I think it probably is going to be a big event, but we'll face that when we come to it."

She said if the weather got too bad they had friends at higher ground they could stay with.

Further north at Karamea, farmer Peter Langford said the wind had picked up and it felt like Cyclone Gita had arrived.

He said he had moved his excavator into the valley in preparation for fallen trees.

"I don't want to have an excav at the top of the hill and not be able to get down. That happened at Cyclone Ita.

"Just while you're talking to me there's a bit of a wind, a bit of a whistle in the wind now that's getting up, it's lifting quite markedly right now. It's got a real whistle to it and the trees are bending over right now. Yup, we're into it."

At Bruce Bay, south of Fox Glacier township,Te Tauraka Waka a Maui Marae was offering refuge to those who needed it.

Susan Wallace of Te Rūnanga o Makāwhio said the hapū members had been preparing for the bad weather for the past couple of days. 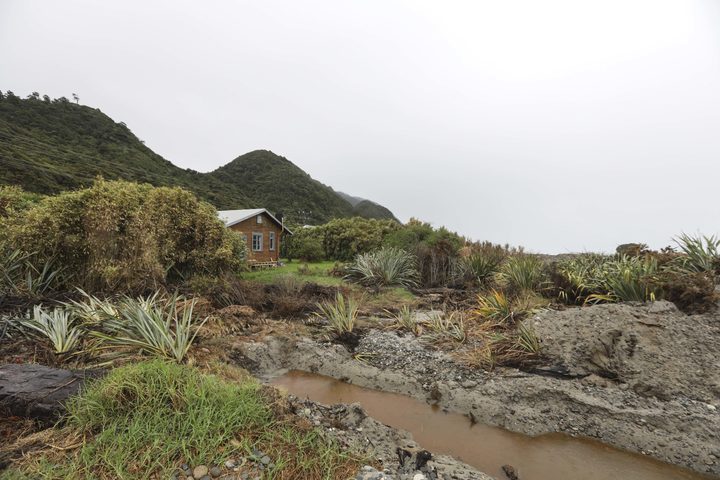 Sea wall in Granity, after Cyclone Fehi the wall was destroyed but attempts have been made to build it up again. Photo: RNZ / Rebekah Parsons-King

She said they had been concentraing on making sure their emergency kits were up to date, that they have three days' supply of food and water, and battery power packs for cellphones in case of power cuts.

"Our marae will be available for whanau that are down in that area," she said.

"At the end of the day it'll depend on how accessible the roads are should the wind knock any trees over."

The Department of Conservation had closed coastal tracks and campsites to thousands of visitors.

"The rainfall is predicted to be heavy but I think we're ready for it, and certainly the storm surges.

"I think we're ready to ensure that people are safe and away from those low-lying coastal areas."

Mr Davies said DOC had been encouraging the estimated 10,000 visitors currently on the West Coast to move into the region's towns.

He said they sent messages to about 2000 campers to warn them about the weather and to advise them to stay in camping grounds.