Civil Defence is warning people to plan ahead as Cyclone Gita heads our way, bringing heavy rain and strong winds. 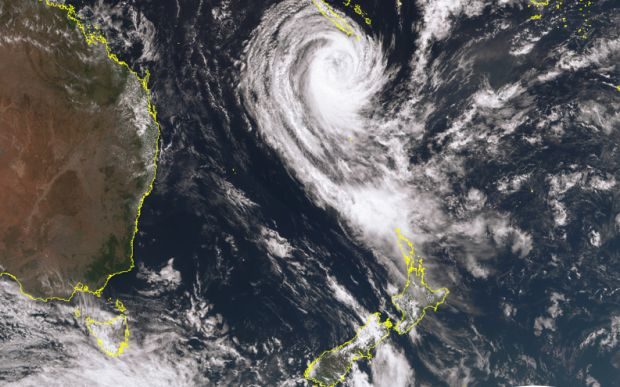 MetService is predicting Gita will track across central parts of the country from late Monday.

It said the west coast of the lower North Island and the top of the South Island are in for a hammering from Gita, which is likely to be downgraded to an ex-tropical cyclone when it hits New Zealand.

MetService forecaster Claire Flynn said Gita will move south east across the upper South Island and lower North Island over the next 36 hours.

A heavy rain watch is in place for several areas from the early hours of Tuesday.

A strong wind watch is also in place for many of those areas for Tuesday afternoon onwards.

"For the North Island we also have Horowhenua, Kapiti, and Wellington, including the Tararua range on watch at this stage. In terms of the severe gales the areas on watch are Taranaki, Taihape, Wanganui and also Wellington in the North Island. And for the South Island that's Nelson, Buller, Westland, Marlborough and the Canterbury high country," said Claire Flynn.

She said people should prepare for power cuts, water outages and road closures.

Mrs Stuart-Black said it was a good idea to have a grab-bag in case of evacuation, and a household emergency plan.

The cyclone is currently tracking south-west of New Caledonia, but Metservice said it was expected to curve south-east and head towards New Zealand.

Though it was likely to be downgraded to an ex-tropical cyclone by the time it reached New Zealand, heavy rain and strong winds were still forecast.

Metservice said people should be aware of the potential for coastal inundation, flooding and damaging gales.

SEVERE GALE WATCH issued associated with the passage of #CycloneGita during Tuesday and Wednesday. Some of these areas will likely be upgraded to Warnings and more areas may be added, so do check back for updates: https://t.co/bcFLKY4OUU ^CF pic.twitter.com/M7qinAFdE0

Metservice forecaster Rob Kerr said the centre of the storm would pass over the country on Wednesday.

Once the cyclone had made its turn, forecasters would begin to have a better idea of what areas were likely to take the biggest hit.

As well as the wind and rain, Mr Kerr said Metservice would be assessing what impact the timing of high tides would have on storm surges in coastal areas.

"We were very unlucky with (ex-cyclone) Fehi recently that high tide peaked at the time when the tropical cyclone and biggest swells were coming through.

"So that's something we will have to look at with the variation of timing and potential for high tides affecting those areas as well."

Meanwhile, all alerts have been lifted in New Caledonia as Tropical Cyclone Gita heads towards the south.