Families of the CTV victims have been told that work is underway to review a law that prevented anyone being prosecuted for the building's collapse. 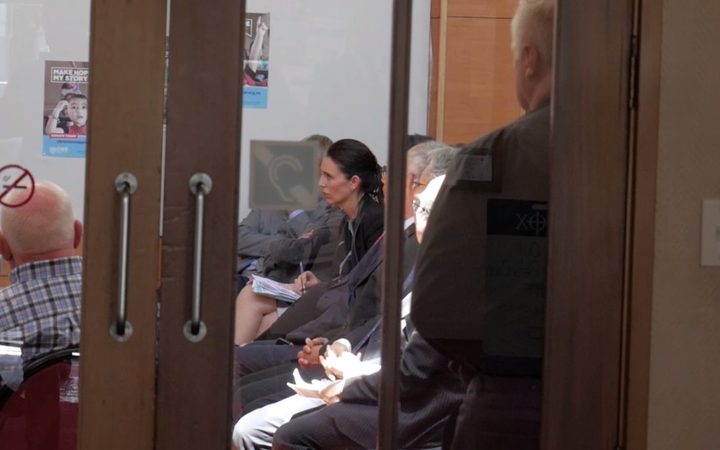 During her visit to Christchurch today, the Prime Minister met with some of the families of the people who died when the Canterbury Television Building collapsed.

The Canterbury Television office pancaked in seconds which, along with a fire, led to 115 deaths following the 6.3 magnitude earthquake on 22 February 2011.

In November, police announced there was not enough evidence for prosecutions over its collapse, partially due to a law that prevents anyone being held criminally responsible for a death that occurs more than a-year-and-a-day after a death-causing act was committed.

This was covered under section 162 of the Crimes Act. 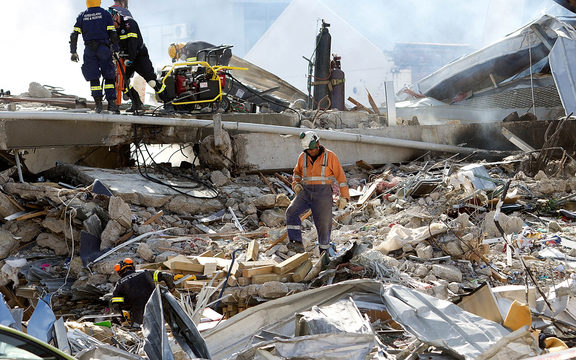 Rescuers work in the ruins of the collapsed CTV building Photo: AFP

Shortly after that announcement, the families called on the Prime Minister to meet with them in person, which she agreed to do.

Ms Ardern and Greater Christchurch Regeneration minister Megan Woods met with dozens of the victims' families this afternoon at Knox Church, in Christchurch.

After the meeting, which was closed to the media, Jacinda Ardern told reporters that she told the families work was underway reviewing the year-and-a-day rule, as well as other potential changes.

"None of these unfortunately have an impact on the situation the CTV families find themselves in," she said. "But they have reiterated here today that they want things to change for the future."

All of the attendees RNZ spoke to after the meeting were happy with how it went, and understood that there was only so much the government could do.

Among these were Karen and David Salway, who lost their sister in the disaster.

Mr Salway said the families would soon meet to discuss their next move.

"We have a group that are working together to bring about an end-point - and the end-point is justice," he said. "It's going to take a battle...but we think it is important and it is worth fighting for."